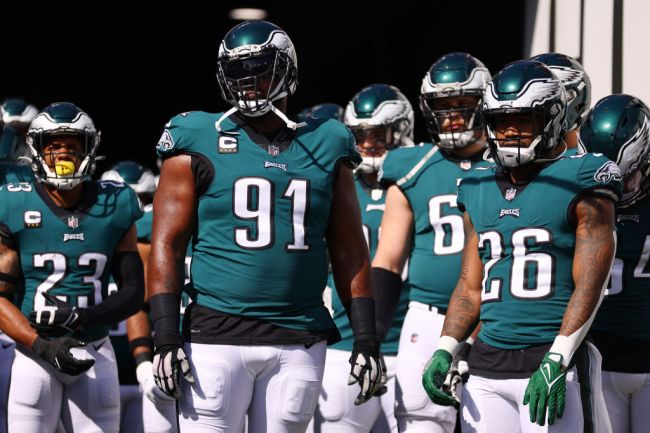 We are still more than 3 weeks away from the NFL Draft, but it seems like two teams just couldn’t wait to start moving around the draft. Adam Schefter reported today that the New Orleans Saints and Philadelphia Eagles agreed to a massive trade that sees 8 draft picks changing hands.

The Eagles’ motivation to make this move seems pretty obvious. They had 3 picks in the middle of the first round of a draft that is viewed as somewhat weak. Now, they’ve gotten rid of one of those picks and secured one for next year’s draft, which is expected to be much stronger. It also gives them time to figure out their quarterback situation.

As much as the Eagles say that Jalen Hurts is their guy, their actions tell us otherwise. They were in the market for a couple of the bigger names at QB this offseason and can’t be blamed for not being entirely sold on Hurts as their franchise QB. There were some dicey performances for Hurts this season.

Hurts threw 3 interceptions and only scored 7 points against a lowly Giants squad. The Eagles didn’t score against the Bucs in the playoffs until the 4th quarter when they were already down by 31. Those games have to have the Eagles wondering what his ceiling is and now they have another year to figure that out with 2 picks that could potentially land them a QB next year.

For the Saints, it’s a bit more difficult to figure out what exactly their plan was here. Maybe they’re trying to land a receiver and replace Terron Armstead in the same draft, but they gave up a ton of capital to do so and probably could have just used their second rounder to accomplish one of those things.

This just feels like the Saints gave up way too much for an unclear purpose and the trade as a whole has fans confused.

this trade makes no sense for either team but okay

This is probably the weirdest trade I’ve ever seen in my life.

Huh…. What’s the purpose of this trade