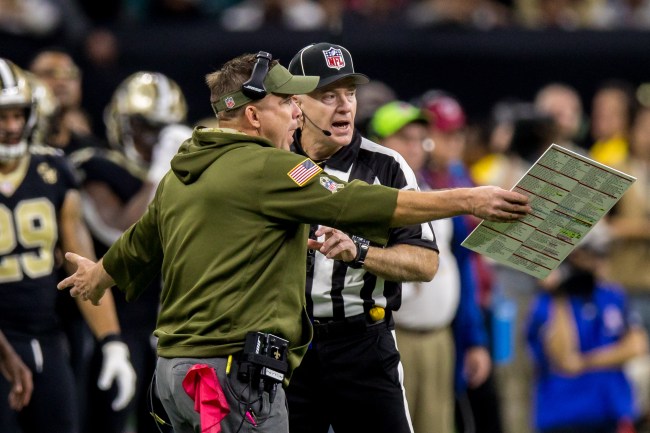 The last time the Saints and Rams played against each the Saints missed out on a chance at going to the Super Bowl after refs infamously missed an obvious pass interference call against the Rams in the NFC championship game.

Watch as refs blew the whistle early and called an incomplete pass after Saints defensive end Cam Jordan recovered a strip-sack fumble against the Rams.

This should've been a touchdown for Cam Jordan and the Saints!

Refs screwed them over. SMH pic.twitter.com/1HJWqAjFfj

Horrendous call by the refs. Play being blown dead, takes a TD away from the #Saints.

The call was overturned by replay but the Saints were forced to get the ball from the spot where the fumble was recovered.

Al Riveron explains the reversal of the on-field ruling of an incomplete pass in #NOvsLAR: pic.twitter.com/eXr8fMxTFt

Saints fans were not pleased by the refs for screwing them over again.

Nothing cracks me up more than people saying stop blaming the refs.

When game-changing calls are made it literally kills any momentum the Saints have. What should be a 10-3 game in New Orleans' favor could go in the opposite direction.

That’s a fumble it’s not even close. And Cam returned for six. NFL refs really out there again with this garbage for Rams v Saints smh

Saints keep getting screwed by the refs.
Such a disgrace.

Saints: Get a fumble recovery for a touchdown
Refs: pic.twitter.com/Wish1VdAjP

So, exactly how many times, year after year, are the Saints going to have to deal with horrible refs! They get paid to do their job and they aren’t real good at it!

Days since the #Saints were screwed by the refs pic.twitter.com/tvwnfrD7qH