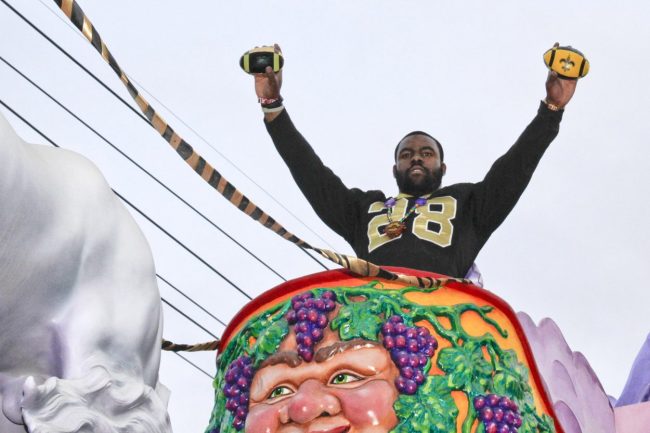 Super Bowl LVIII will be held in Las Vegas in 2024 after a league vote on Tuesday. The game was originally supposed to be held in New Orleans, but the Big Easy had to say pass for the most NOLA reason possible.

NFL Network’s Ian Rapoport reported that a “scheduling conflict” was the reason for the audible. In turn, it was moved to Sin City.

Here at the League Meetings in Dallas: The anticipation is that there will be a vote to approve Las Vegas as a Super Bowl host site for 2024, Super Bowl 58. New Orleans was initially supposed to host, but a scheduling conflict necessitated an audible.

Immediately, people began to question what “scheduling conflict” could be more important than hosting the Super Bowl. Obviously, the NFL Championship is a large revenue opportunity for the city that hosts as NFL converge to spend money in local restaurants, hotels and shops.

However, for New Orleans, the Super Bowl scoffs at the revenue value of Mardi Gras.

Held prior to Fat Tuesday every year, the Carnival celebration takes over the entire city. Parades, parties and events of all sorts are held across all of New Orleans and tourists fly in from around the world to attend.

According to WalletHub, Mardi Gras generates more than one BILLION dollars in revenue for the Big Easy. On the other hand, a Super Bowl is estimated to generate between $300 and $500 million for the host city.

That made the decision very easy.

Super Bowl LVIII is scheduled to be held on February 11, 2024. That is two days prior to Fat Tuesday, the last day of Mardi Gras.

Thus, that weekend of the 10th and 11 will be extremely busy in New Orleans. Hotels will be sold out, the streets, restaurants and bars will be packed, and city employees will be stretched thin on what is the busiest weekend of the year.

Adding a Super Bowl to the mix would cause more problems than it would solve and New Orleans said thank you, but no thank you. They turned down the offer.

Fortunately, Las Vegas was more than willing to host. And, in turn, Super Bowl LIX will be held at the Superdome in New Orleans on February 9, 2025.

The Big Easy got its cake and ate it too.