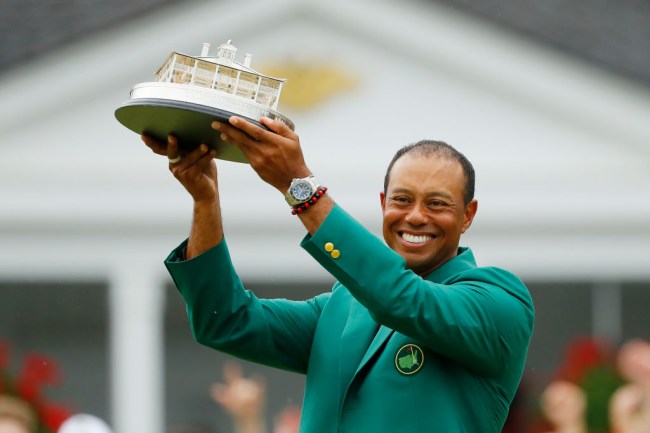 Sports documentaries have really jumped into the spotlight over the last couple of months. ESPN’s ‘The Last Dance‘ was a massive success, the new Lance Armstrong doc has people talking and the network is set to release a handful of others over the coming weeks with most of the sports world still on pause. Now, Tiger Woods appears to be the next superstar in line for his own documentary.

Armen Keteyian, the co-author of the New York Times No. 1 best-selling book “Tiger Woods,” joined the ‘Burst Your Bubble’ podcast and said that the book is being made into a two-part, four-hour-long DocuSeries. He also said, “don’t be surprised if it airs right around the Masters in November.”

CBS golf analyst and Hall of Famer Nick Faldo as well as HBO’s Bryant Gumbel are set to appear in the documentary, according to GolfWeek. Golf writers Alan Shipnuck, Michael Bamberger and Karen Crouse are three others that offer up their thoughts in the series.

Keteyian said he had watched the final two hours earlier in the day prior to his interview on the podcast saying “It’s a fabulous job,” but that is the only detail he shared about the doc that’s being kept under wraps.

If HBO does decide to premier the documentary during Masters week in November, it could be golf overload in the best way possible.