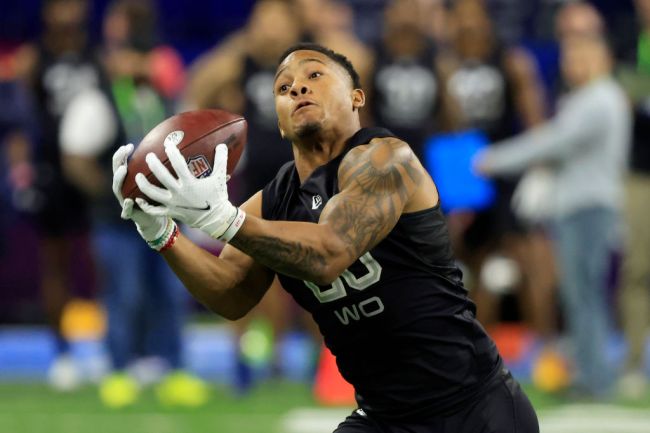 Everything was going so well for the New York Giants. Yesterday couldn’t have gone better. They got the pass rusher they needed to line up alongside Azeez Ojulari and Leonard Williams. Then they found themselves a top offensive line talent who can bring some stability to a unit that has been a mess in recent years.

Then they blew it in round 2. With plenty of needs on a roster that earned the 5th pick in this draft, the Giants chose to use the 43rd pick of the NFL Draft to select Wan’Dale Robinson. Robinson is a wide receiver out of Kentucky who wasn’t projected to be drafted any time soon.

It’s simply a head-scratching pick from the Giants. They currently have Kenny Golladay, Sterling Shepard, Darius Slayton, and Kadarius Toney on the roster. It’s hard to see exactly where Robinson fits into this lineup even if the Giants move on of these receivers.

Robinson also wasn’t anywhere close to being the best receiver still available. This is now two years in a row that the Giants have reached on a speedy receiver with a questionable college profile and we’ve seen how last year’s receiver has been working out for them.

To make matters worse, they passed on the opportunity to draft Nakobe Dean, who could have helped fix their issues against the run and would have been an absolute steal this deep into round two.

As expected, they are getting flamed online over the pick.

just when us giant fans thought we were doing good 🥲

Dean was sitting right there. That will haunt us.

So much for the Giants having a good draft. Undersized WR was definitely not a team need. TE, CB, S, LB all should have been taken over this guy.

He was projected to get taken TOMORROW, but yet Schoen and the Giants decided he was worth taking in the 2nd with Dean still on the board