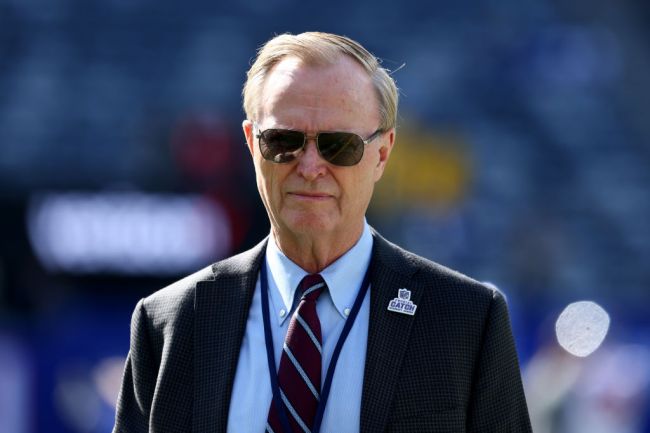 Just about every team with questions at the quarterback position has been subjected to speculation that they could make a move for Deshaun Watson this offseason. The New York Giants are one of the teams that has mentioned in those rumors thanks to years of offensive struggles.

There had even been a recent report that Watson was interested in the New York Giants as a potential trade destination. Today, the team’s owner, John Mara, put a pretty definitive end to any speculation about their quarterback situation.

Wow. John Mara: “We are not trading for DeShaun Watson.”

Mara gave a few reasons why the Giants wouldn’t be making the move. He cited the Giants’ cap situation and Deshaun Watson’s legal situation, but it was one other reason that seemed the most important.

Mara made it clear that he supports Daniel Jones saying, “We do feel Daniel can play. We’ve done everything possible to screw this kid up.” This echoes the sentiments from new GM Joe Schoen, who said today that the team is planning to build around Jones.

This stance makes a lot of sense for the New York Giants, who are locked into one more year with Daniel Jones and need to make a decision on the 5th-year option of his rookie contract. If he proves that the Giants can win with him at the helm, then those two years of his rookie contract are a huge advantage.

The Giants are basically starting over right now with two top 10 picks, a new GM, and a new head coach. They might as well see exactly what they have at the quarterback position while they’re rebuilding. Otherwise, they could make a huge investment in Deshaun Watson only to find out that their roster still isn’t good enough to win.

If the New York Giants are rewarded for their faith in Daniel Jones, it will be huge step as they try to return to being a winning franchise.