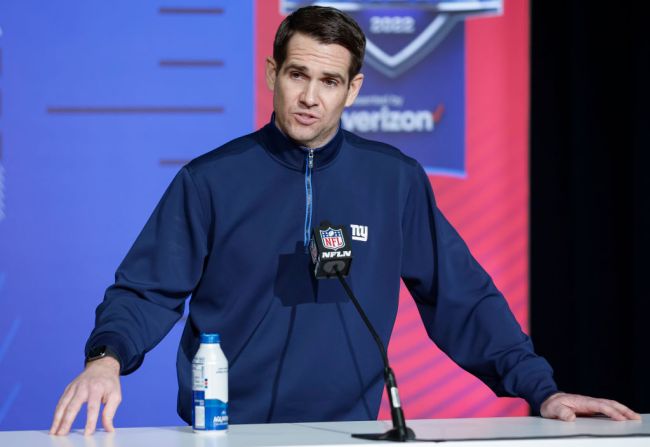 The NFL has seen a flurry of trades reshape the league over the last couple of weeks. Team after team has taken a big swing at making moves to either get all the way into contention or all the way into a rebuild. However, there have been some teams that have stayed out of the fray as they prepare for next season.

One of those teams is the New York Giants, who find themselves in somewhat of a holding pattern as an organization. They seem unsure what they have at quarterback or where they really stand in the league.

That seems to be a major factor in the recent revelation of a trade they are open to in the coming weeks. According to SNY’s Ralph Vacchiano, the Giants are open to trading one of their first round picks to secure an extra first rounder for next year.

Would the Giants trade one of their two first-round picks?

Yes, and the NFL's QB frenzy might help them do it … https://t.co/tly6pJHkDz pic.twitter.com/CzXN72z7Lc

This move would make a ton of sense for the Giants. The quarterback picture in the league has undergone major shakeups recently and that could leave quite a few teams desperate to land one of this year’s quarterbacks. It doesn’t seem like the Giants are one of those teams, so they could capitalize on this situation.

They also are stuck in that holding pattern where they don’t seem to be sure if they need a quarterback right now, but they will know for sure after this season. Securing another pick for next season would give them the ability to draft a QB from a stronger class and avoid forcing a move this season like they did when they drafted Daniel Jones.

They would also likely land a later first for this season, which they could still use to upgrade any of the other positions they are looking at with pick 5 or 7. This is the perfect way for the Giants to be able to keep building their roster while also giving themselves a chance to land another top player next year once they’ve figured out what exactly they are as a franchise.