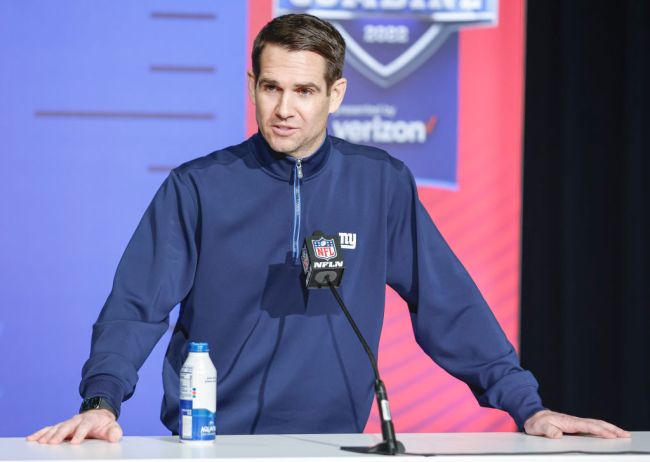 Throughout the offseason, football fans have been hearing plenty of talk from the New York Giants and those around the organization about Daniel Jones. The Giants did everything they could early on to convince fans that they were committed to Jones.

Repeated coaching changes were blamed by some for Jones’ struggles early in his career and some were talking about the improvements Jones would make under the team’s new coaching staff.

Now it appears that the Giants might be interested in not having Jones start for them at all in 2022. According to 49ers Web Zone’s Rohan Chakravarthi, the Giants are in talks with the San Francisco 49ers about a trade for Jimmy Garoppolo.

Garoppolo could be a great fit for the New York Giants right now. He has never been the type of QB wh is going to lead his team to shootout wins or truly elevate an offense, but he is a quarterback that minimizes his mistakes and has shown that he win on teams with strong defenses.

The Giants should have a very strong defense in 2022. They have spent the past few seasons building up their defense and added Kayvon Thibodeaux to their pass rush in this year’s draft.

The NFC East has gotten tougher this offseason, but with Garoppolo at quarterback, the Giants could give the rest of their division some trouble.

Garoppolo wouldn’t have options to throw to like George Kittle or Deebo Samuel if he were to join the Giants, but the Giants have built up their receiving corps over the past few years to put together a solid group of pass catchers.

Jimmy G could be just what the Giants need to begin unlocking the potential of those pass catchers.