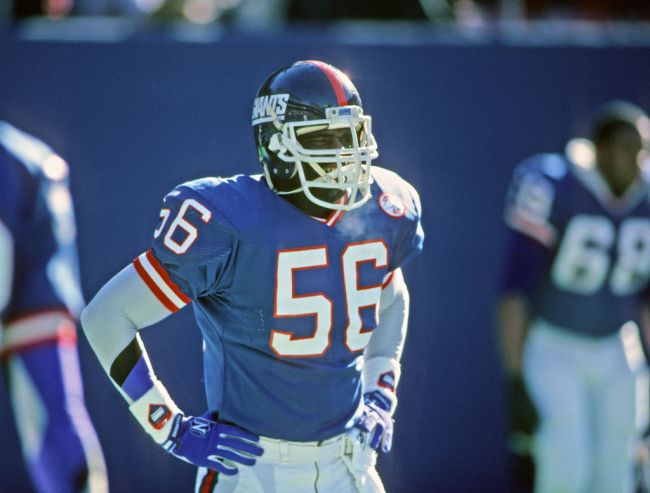 A lot has changed for the New York Giants over the course the offseason. They have a new general manager, a new coaching staff, and have made a few roster changes. Now they’re making another big change. They’re bringing back their blue uniforms from the 80s and 90s.

Legacy is timeless. Classic blue uniforms are BACK 🔥 pic.twitter.com/sqxtmUefZl

The Giants woe these jerseys during their Super Bowl-winning seasons in 1986 and 1990.

Unfortunately, this change will only be on display for 2 games this season. The Giants will wear these uniforms for their October 2nd matchup against the Chicago Bears and their December 4th game against the Washington Commanders.

The Giants also beat both of those teams on their way to winning those Super Bowls in 1986 and 1990. They topped Washington 17-0 in the ’86 NFC Championship Game. They beat the Bears 31-3 in the 1990 Divisional Round.

The uniforms will also feature their classic helmets from the 80s and 90s.

That giveaway sounds a lot better than the last giveaway the Giants made headlines for. That giveaway saw season ticket holders receive a single medium Pepsi on Fan Appreciation Day.

The Giants bringing back these throwback uniforms is an awesome move for the team. The uniforms should serve as a reminder to fans of a time where the Giants had one of the greatest defensive players of all time leading their defense and leading the team to Super Bowls.

Maybe the Giants should just keep these jerseys permanently and see if it helps them once again find success at the highest levels.