After Missing Out On Donovan Mitchell, New York Knicks Are Reportedly Looking To Trade For Another Star They Passed On In The Draft 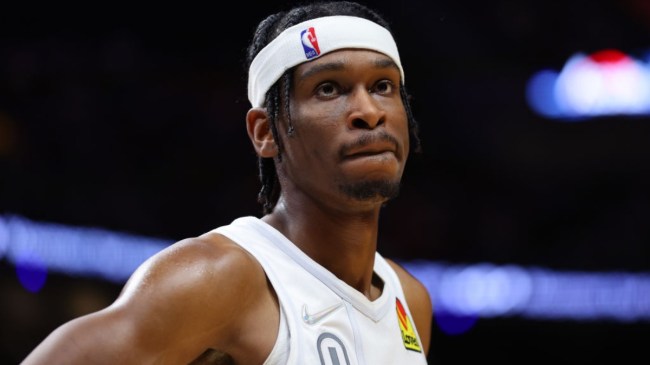 The New York Knicks have been on the hunt for a star this offseason. You could actually probably say that they’ve been searching for a star since they traded Carmelo Anthony, but this offseason seemed to be as close as they’ve gotten since then.

Unfortunately, they still came up short, potentially because of spite.

With their pursuit of Donovan Mitchell not producing the desired result, the Knicks now must turn their attention elsewhere to find themselves a star and they may have already found that next trade target.

According to the New York Post’s Marc Berman, the Knicks are expected to pursue any disgruntled star they can get their hands on and Shai Gilgeous-Alexander could be that player.

The Knicks will be on the lookout for the next disgruntled player who goes on the trading block with Oklahoma City point guard Shai Gilgeous-Alexander previously mentioned. Ironically, the Knicks passed on him in the 2108 draft, much like they whiffed on Mitchell in 2017. Gilgeous-Alexander could be a better fit with Brunson than Mitchell.

SGA would be a logical next target for the Knicks. He is currently stuck on a rebuilding Oklahoma City Thunder squad, would fill the sea need at shooting guard that Donovan Mitchell would have, and would give the team a dependable scorer they can turn to in big moments.

It would also be fitting for the Knicks to move from Mitchell to SGA because of one key characteristic they share. The Knicks should have major regrets about passing on both in the draft.

The Knicks passed on Donovan Mitchell in favor of Frank Ntilikina, who never turned into more than a bench player in the NBA. They followed that decision up by drafting Kevin Knox ahead of SGA. They traded Knox last year in a deal for Cam Reddish, who now wants to leave New York.

The Knicks can only hope they’ll get the chance to rectify one of these bad draft decisions this season as they try to build a contender.