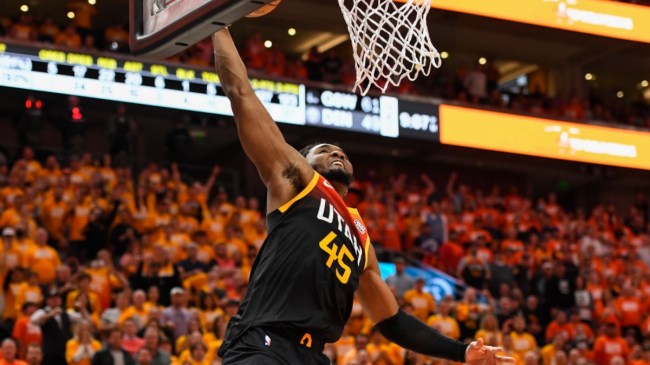 From the moment that the Utah Jazz made Donovan Mitchell available for a trade, basketball fans assumed that he would end up with the New York Knicks. Now, it seems that assumption may have actually hurt the Knicks.

The Jazz ended up trading Mitchell to the Cleveland Cavaliers today.

According to a report from Fox Sports’ Ric Bucher, the Jazz were ready to take a worse offer than the last one the Knicks made out of spite because of their brazen pursuit of Mitchell.

It looks like Danny Ainge has been learning some of his negotiating tactics from Jerry Seinfeld.

That decision may prove to be a costly one for the Jazz. While they got a solid haul from the Cavs that included an extra young piece in Ochai Agbaji, RJ Barrett was probably the most significant piece in either of these trade offers.

Barrett is already turning into a star who may have turned into the centerpiece of their franchise. Markkanen and Sexton are nice players, but neither is quite Barrett.

This move was a long-term move for the Jazz, so there is plenty of time for their move to prove to be the right one, but right now it looks like they settled out of spite. Maybe they should see if spite is an eligible reason for a refund.