Sports Gambling Has Officially Made Its Way To New York 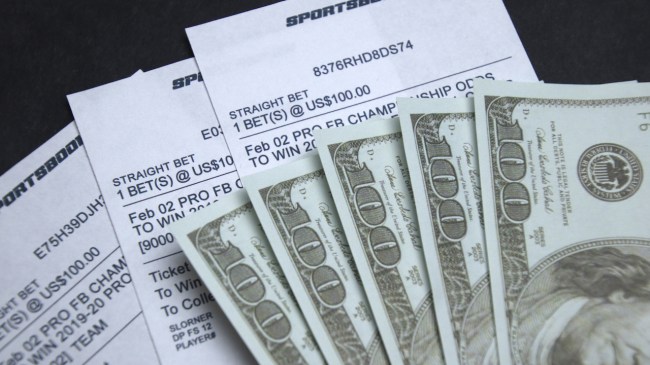 Just a year after their neighbors across the Hudson River, New Jersey, pulled in over $3 billion, New York is primed to become the next state in the union to legalize sports betting.

According to various reports, the New York State Gaming Commission is set to vote on legislation on Monday, June 10, that would allow four of its upstate casinos to accept sports bets: Resorts World Catskills in Monticello, Del Lago Resort and Casino in the Finger Lakes, Rivers Casino and Resort in Schenectady, and Tioga Downs in the Southern Tier.

However, while the vote is a massive step forward for sports betting in the Empire State, it is also bogged down by quite a few (initial) caveats.

First, the vote will not yet legalize mobile betting (which is how New Jersey reaped more than 80% of their profits, according to Action Network’s Darren Rovell), meaning that in order to place a bet, one must be physically present to do so at one of the four casino locations.

Additionally, the law will not be put into effect until the four facilities receive their wagering licenses, which likely won’t happen until later this summer.

However, the law does have some positives, as it does not include an “integrity fee” that would be kicked back to the major sports leagues and “doesn’t require that operators use official data,” Rovell reported.

If (when) the new betting laws are eventually passed, New York State will become the eighth state in the union to legalize sports betting, following in the footsteps of Nevada, Delaware, New Jersey, Mississippi, West Virginia, Pennsylvania, and Rhode Island.

Ever since New Jersey successfully challenged the Professional and Amateur Sports Protection Act of 1992 — which the Supreme Court overturned in May 2018 — the floodgates to the industry opened to smashing success, similar to the budding (see what I did there?) legal marijuana industry.