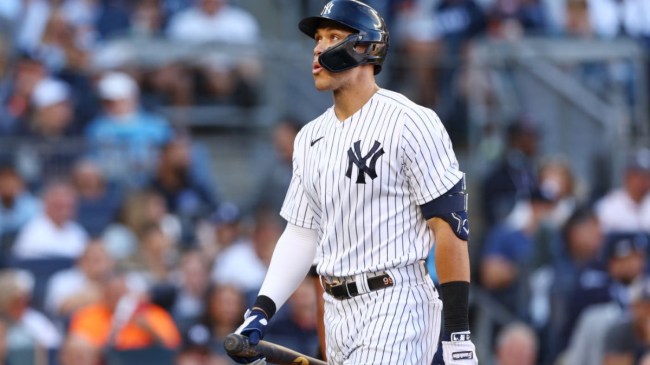 While it may seem odd to say that a team who has made the playoffs in 6 consecutive seasons and has made 2 ALCS appearances in that time has left their fans disappointed in recent years, that is exactly the case for the New York Yankees.

Yankees fans have become spoiled over the course of the team’s existence. When you have 27 World Series trophies in your history. regularly have one of the league’s most expensive payrolls, and your fans pay for tickets, beers, and hot dogs at prices that reflect how much your team spends, there’s an expectation that you’re going to contend every year.

The Yankees haven’t really contended in over a decade. Their last appearance in the World Series came when they won it in 2009 and since then it has been rare for them to look like the best team even in the AL, let alone all of baseball.

In the first half of this season, they gave their fans hope that they could finally get back to being the league’s best team. Their offense was on fire. Their starting pitching was outperforming expectations. They had a nice lead for the league’s best record.

Then it began falling apart after the All-Star break. The Yankees struggled in late July and August, going 5-6 in their last 11 in July and 10-18 in August. They righted the ship in September as Aaron Judge chased the team’s home run record, but a familiar issue has now crept up for them in their first playoff series.

In recent years, when the Yankees have reached playoff time, their bats have struggled to produce enough to win series. The reason has been abundantly clear. The Yankees are a team built to hit home runs. It works in the regular seasons. They’ve set records. Aaron Judge just hit 62 home runs.

It doesn’t work in the playoffs. When you find yourself taking one of your opponent’s 3 best pitchers every night, it’s a lot more difficult to hit enough home runs to win games. Instead, you need to be able to string together hits and drive in runners in scoring position.

DJ LeMahieu and Andrew Benintendi are supposed to help with that, but both are injured right now. It’s something I even discussed before the Yankees traded for Benintendi. In their absence, the Yankees have struggled to string together hits to generate offense or even put the ball in play to advance runners.

In Game 1 agains the Guardians, the Yankees only had 5 hits, but hit 2 home runs and got a great performance from Gerrit Cole over 6.1 innings, so they got the win.

Game 2 was a different story. Things started well for the Yankees with Giancarlo Stanton hitting a 2-run homer in the 1st inning. They only got 4 hits over the next 9 innings. They did do a good job drawing walks to reach base, getting 7 free passes, but struggled to advance those runners.

The worst culprit was the team’s biggest star. Aaron Judge went 0-5 with 4 strikeouts and was even booed in the game.

He doesn’t have a hit yet in the series and has struck out 7 times.

They’ll need to figure out how to start stringing together hits as they head to Cleveland or this could be another year of disappointment for Yankees fans.