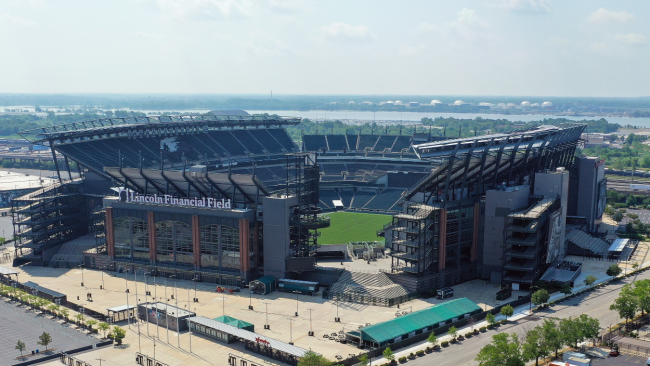 Ticket prices for the upcoming NFC Championship between the Eagles and 49ers are expected to be some of the most expensive on record. Fans will have to spend a pretty penny to gain entry to the heavyweight bout.

Fans and media around the NFL are now responding to the news, and they’ve already started posting their reactions online.

At last check, some of the cheapest tickets found on StubHub sit at around $500 a pop. The average price on purchases is reportedly much higher.

Fans are spending more than $1,000 to attend this game, which should boast the two best teams in the conference. For Philadelphia fans, in particular, this moment represents a return to the top.

The Eagles haven’t been to an NFC Championship game since winning it all back in 2017. It will be their third trip in the last 15 seasons.

Feeling that their team has a chance to win it all, those fans reportedly bought the team’s allotment in just minutes.

For the Niners, they found themselves in this game just last season but fell short of the Super Bowl. Now, they’ll look to get back to the Promised Land behind third-string rookie passer Brock Purdy.

While many are excited for the matchup, the high prices for this NFC Championship are what’s got people talking.

Former NFL quarterback Dan Orlovsky posted, “I gotta find my way to The Linc somehow for Sunday’s Eagles vs. 49ers NFC Championship Game. According to TickPick, this is the most expensive NFC Championship game on record.”

One fan commented, “NFC championship standing room tickets are $900 each.” Not sure where he found those prices, but that’s ridiculous.

Another person said, “I’m sorry but the ticket prices for the NFC Championship game on Sunday at Lincoln Financial Field are absolutely ridiculous. Not even an average person would be able to go to a game.”

Many aren’t happy with the prices, but there will surely be a sold-out crowd in Philly come Sunday.