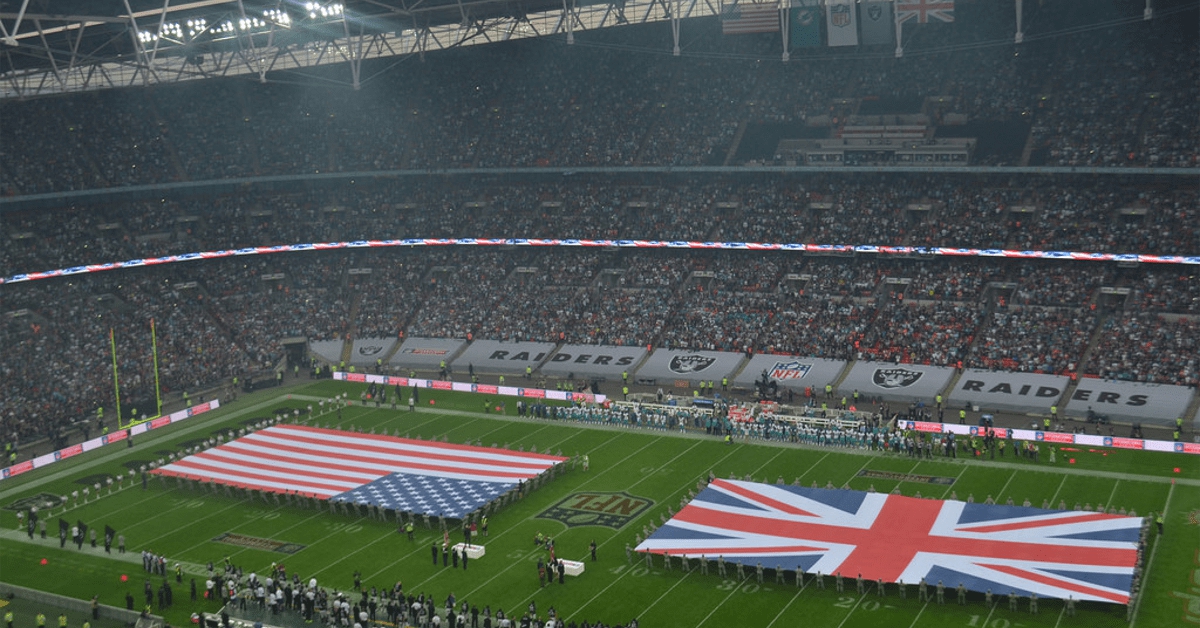 The NFL announced the 2018 London games that will take place next season. There will be three NFL games played in London during 2018, including three teams that will cross the pond for the first time in their franchise’s history.

The NFL took to Facebook Live this morning to announce the six teams that will travel to London for regular season games. In a slate of games that is shockingly good, far better than the days of 2015 Jags vs Bills games. 2018 will be the first U.K. appearances for the Tennesee Titans, Philadelphia Eagles, and Seattle Seahawks.

With those three teams making their inaugural trip, only the Carolina Panthers and Green Bay Packers remain as franchises without International Series experience. While their fans might mind, I’m sure most of the players and coaches are happy to not make the worst leg of travel in the NFL.

As for the 2018 season, the NFL will debut with Gruden’s Oakland Raiders hosting the Seattle Seahawks on October 14th at Tottenham Hotspur’s new Twickenham Stadium. The following two weeks will see the Philadelphia Eagles hosted by the Jacksonville Jaguars and the LA Chargers hosting the Tennessee Titans, both at historic Wembley Stadium.

Personally, I love that the NFL chose good teams for the 2018 London Games. I think these games have a lot of potential to be a cool, fun event in the regular season but typically fall short because the games and/or teams are garbage. London fans have to be excited, even with all of the shitty teams/games scheduled in London over the years the 21-games average over 82,000 in attendance. For comparison, that would’ve been the leagues second highest attendance in 2017 behind the Cowboy’s 92,721.

You can watch the NFL’s live announcement of the 2018 London games here: