NFL Agent Reveals How Players Feel About Jason Garrett And The Cowboys Coaching (Hint: Not Good) 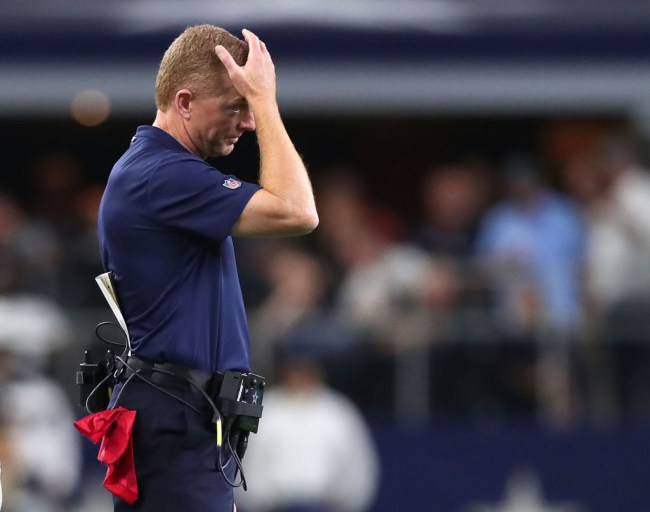 There may be no more fickle of a profession of planet Earth than a professional sports coach. The Cavs fired David Blatt after a Finals appearance his first year and an East-leading 30–11 record at the time of his firing. The Raptors axed Dwane Casey two days after his peers named him Coach of the Year.

Jason Garrett, who was named the NFL’s Coach of the Year just two short seasons ago, could be the next coaching victim as his Cowboys are now 3-5 after an embarrassing loss on Monday Night Football to the Titans.

The Athletic’s Calvin Watkings spoke with many people within the Cowboys organization and nearly everyone agreed that Garrett was respected in the locker room. However, being respected is different than being the right man for the job.

According to one player’s agent:

“They need to straighten things out,” said the agent. “Just look at how they play on offense.”

Jason Garrett has proven to be a capable head coach in the league, but this season’s he’s made some head-scratching decisions, namely punting on 4th-and-1 from the Houston 42 with 5:40 left in overtime. This decision ultimately cost the Cowboys the game. And if Dallas doesn’t turn this ship around ASAP, it could cost Garrett his job.