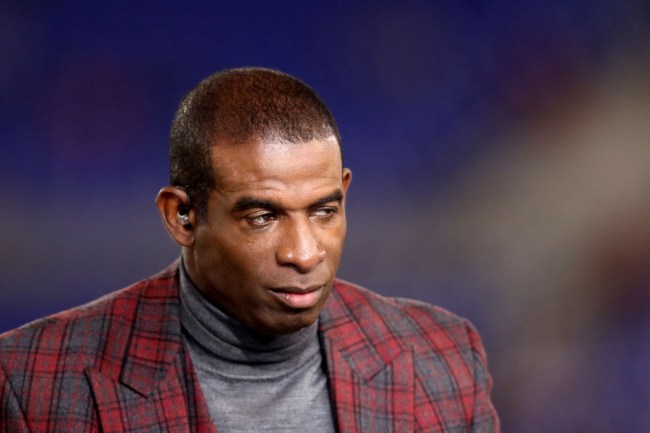 Last week, the Houston Texans picked up free agent safety Tyrann Mathieu on a one-year $7 million deal which is a bargain for someone of Mathieu’s talent.

According to a report from Pro Football Talk, Mathieu turned down a bigger contract from the Cardinals to sign with the Texans.

Kent Somers of the Arizona Republic reports that the Cardinals were willing to pay Mathieu $8 million in 2018. Mathieu turned that down and took a a one-year contract that will pay him $6.5 million, with up to $500,000 more in incentives if he plays in all 16 games.

After the Mathieu’s signing, NFL Network analyst Deion Sanders declared that the Mathieu was the very best safety in the league right now.

.@DeionSanders is a big fan of the @HoustonTexans' latest DB addition 👀

Deion’s statement appeared to piss off Kevin Byard, who was an All-Pro safety last season and is considered on the best players in the league at his position.

How do you make this statement and not include the two first team AP All Pro safeties?? 🤔 @DeionSanders #INeedAnswers https://t.co/HzRaV3h85g

Sanders caught wind of Byard’s Tweet and decided to fire back, but unfortunately Deion didn’t recognize Byard and believed he was talking to a “fan” and not to one of the best safeties in the league.

You're looking at who writers tell u who's the best I know who players and former players feel is the best. I rest my case. You continue to be a fan and i will continue being the man. #Truth https://t.co/gnpwJHjxEK

Sanders was immediately crushed for his mistake.

Hey genius. You're talking to the guy who was one of the best safeties last year. Guess that CTE kicked in recently huh

Not a good look Prime. You an NFL analyst? @nflnetwork pic.twitter.com/3voQFUW0LV

Deion, you’re tweeting at the First Team All-Pro Safety, not a “fan.” You sure you’re in the know with current players? I rest my case. #TitanUp

And if you didn’t know, I am a CURRENT player who watches a ton of film so trust me, I know who’s balling and who is not. Talking about be a fan 😂 https://t.co/s099lNjiq2

Not a good look for someone who is supposed to be an “NFL” analyst.