Beer Prices Are Dropping During NFL Games, But Will It Cause Attendance To Go Up? 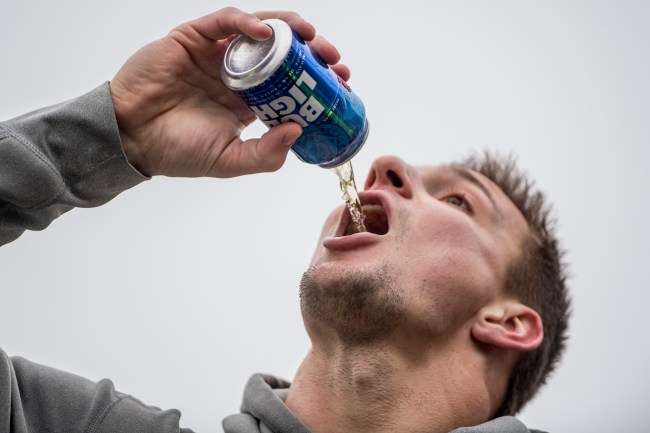 In order for a man to get anywhere close to drunk at a professional sporting event, he must first have the patience for extremely long lines, inattentive beer vendors and the lack of space allotted within the perimeters of his purchased seat to stock up on plenty of those sudsy beverages once the angelic echoes of “ice cold beer, here” reaches his row.

But the sporting lush must also be prepared to drop a substantial chunk of change on that stadium beer buzz. As evil as it might sound, some professional sport teams have been known to charge more than $10 for a single 12-ounce cup of domestic piss water light.

America’s social inebriant of choice is the driving force behind professional sports, as it wouldn’t be nearly as fun to watch large, sweaty men play with balls without a blood alcohol content (BAC) high enough to make the nearby face painters more tolerable. NFL owners understand this concept, which is the reason beer prices at football games are usually obscene enough to financially cripple those who dare consume as much beer in the stands as they would on the couch in front of the television.

Thankfully, there is a progressive movement underway that could soon lead to more affordable beer prices for NFL fans everywhere.

Last week, the Detroit Lions unveiled a fan-focused program that it calls “Silver Linings,” which will allow patrons to snag a Bud Light or Miller Light during home games for $5. The team will also provide fans with combo options, pricing a hot dog, chips and a beer for $12.

But the real savings will come to those diehards fanatics who show up early to the games prepared to get loose and loud. The Lions have also expanded its “DTE Energy Power Hour,” giving fans 60-minutes to purchase alcoholic beverages at prices comparable to most bars. Beer and cocktails will run only $3, while specialty drinks, like margaritas, will cost $5, according to Business Insider. This is a near perfect set up for the professional drinker, who needs six or seven cold ones in his gut long before kickoff.

“These fan-friendly, value-added food and beverage options are another example of us taking feedback from fans and using it to improve our gameday experience,” Detroit Lions president Rod Wood said in a statement.

“Over the past year, we have spent considerable time working with Levy to get something in place that makes sense for our fans without hurting the quality or speed of service. We’re thrilled to be able to introduce these value options in time for the 2018 season,” he added.

Affordable beer pricing is a trend that was pioneered last year by the Atlanta Falcons. The team’s “Fan First Menu Pricing” gave way to $5 draft beers and cheaper food choices.

Surprisingly, this move has been a huge success for concession profits. Falcon’s president and CEO Rich McKay recently told Forbes that offering cheaper beer and food has brought about a 16 percent increase in fan spending and a 90 percent boost to the merchandise sector.

More teams, including the Baltimore Ravens, are starting to embrace this concept. Considering that the NFL has been struggling lately to fill seats, the $5 beer could quickly become a concession staple.

Other sports leagues are already ahead of the game when it comes to providing fans with affordable booze. Nearly half of the teams in the MLB are now selling beer for less than $6 a cup. Some NBA teams are also getting onboard with fan-friendly pricing. The Atlanta Hawks announced last month a revamped concession menu that comes complete with $5 beer.