6 NFL Games To Consider Betting On For Week 8 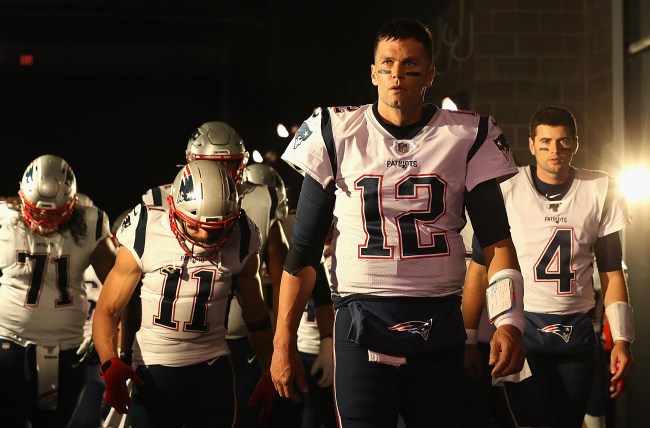 Welcome to Week 8. We seem to be back on the double-digit spread train. Excluding last night’s 16-point spread, we have three games that feature spreads over 10, and there might be some of them mentioned here.

Here are some games you should look at this week.

Spreads To Bet On

Head Coach Dan Quinn probably sees the numbers 28 and 3 everywhere, and it’s his undoing. The Falcons are 18-21 since their Super Bowl loss and currently sit at 1-6, losing five straight.

It looks like backup Matt Schaub will get the start in place of Matt Ryan, who sprained his ankle in the loss to the Rams.

The Seahawks are 4-2 against the spread against Atlanta over their last six. Seahawks will win this one easily.

Oh, Jarvis Landry. I appreciate the confidence, I do.

Coming from the SEC, you were on some good LSU teams, winning comes natural, I thought you might have gotten that out of your system in Miami, but we all mature at different times.

The Patriots are 9-2 over their last 11 games against the spread. When I’ve told you to bet on New England, I’ve been right, thanks to this bulletin board material, I’m very confident.

The Rams are an offense that can pound all over bad defenses. Both Tampa Bay and Atlanta are giving up over 30 points-per-game, and they scored over 30 in both those games.

The Bengals are slightly better, giving up 26, but this 0-7 squad is 2-4 in their last six against the spread, while Los Angeles is 9-3 in its last 12. The Rams are going to carry over their 27- point win from last week into this week at home.

This is a matchup I want to watch. Kyler Murray had a rough game last week, but in his defense, it was pouring at Metlife Stadium; overall he’s played really well this year. Teddy Bridgewater is 5-0 as the starter, but there are rumors Drew Brees could return from his thumb injury this week.

Both of these offenses sit right next to each other, scoring 23 points-per-game. The ball is going to be flying in the Superdome. I’m betting a few players are going to have good stat lines to look at.

Denver Broncos vs. Indianapolis Colts (43.5 Under)

As for how bad Denver is on offense, they’re good on defense, but that doesn’t mean they’ll be able to stop the Colts to keep themselves in this game. Indianapolis will jump out to a substantial lead and won’t have to press on the gas much in the latter half.

Denver’s total has gone under 14 of their 16 games; the under is a safe bet this week.

Dogs of The Week

Yeah, the Jets were left feeling ghostly after their 33-0 loss on Monday, but that was the Patriots, and these are the Jaguars.

This is not Sacksonville from the AFC championship, this is a defense giving up 21 points-per-game and traded away their best defensive player in Jalen Ramsey.

The lines are being way too generous after that Monday game. This game will be a close one.