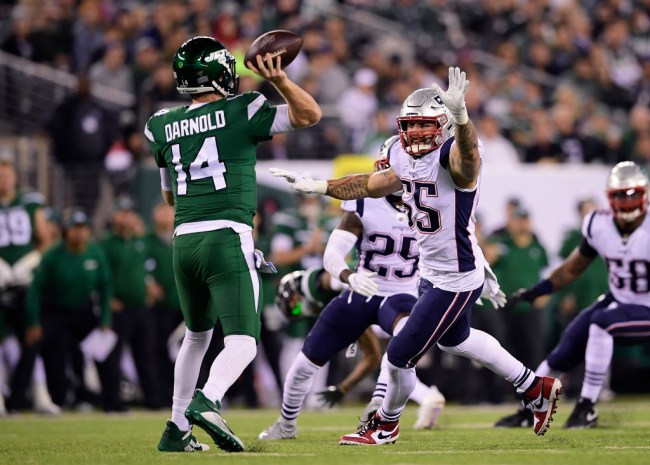 How are things going for Sam Darnold and the Jets on Monday Night Football against the Patriots you ask? Not great, Darnold was mic’d up and was caught saying “I’m seeing ghosts” with New England on top 24-0 in the second quarter.

Oh no Sam Darnold do not admit to "seeing ghosts" when you're mic'd up in prime time. pic.twitter.com/E0pukwhL4s

That’s one way to describe your night, that’s for sure. It’s certainly better than saying something like ‘damn, we stink’ or anything along those lines…I guess?

Also, Darnold of course knows he’s mic’d up but still let a bizarre quote like this fly. That’s not what you want to hear if you’re anyone in the Jets organization or a fan.

Darnold had two interceptions and a lost fumble in the first half to go along with 34 yards passing going 6-for-13 thru the air.

The Patriots’ defense just turns quarterbacks into different people; it literally makes things scary out on the field for opposing quarterbacks.