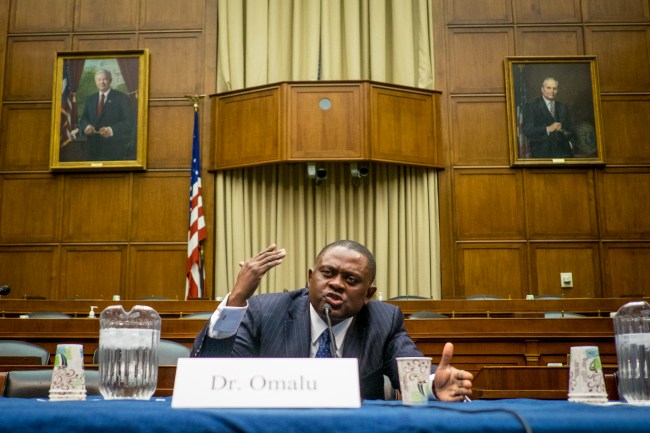 NFL: Less than 1% of Dementia Claims Resulting in Money Awarded

A court filing by class counsel of former NFL players awarded money in the league’s concussion/CTE settlement indicated that medical claims are going unpaid, as the league will argue “virtually anything to evade payments.” While the players say that the league has worked to “rig the Settlement system”, reducing compensation to a “fraction of what was promised”; the league vehemently denies those assertions, noting that an independent 3rd party (BrownGreer) ordered by the courts, determines settlements. While that’s true, of the 1,113 claims filed within 12 months of the settlement date citing a “diagnosis of neurocognitive impairment” (i.e. dementia), just 6 have been paid for a total of $4.85 million.

Howie Long-Short: NFL projections accounted for 430 dementia-related claims to be paid, for $72.3 million, within the first year; but, settlement administrators (not the league) failed to spell out the requisites for filing claims until 10 months after the settlement date. In addition, 60% of the dementia cases filed have been flagged for audit (called a “black hole” by the players’ attorneys); compared to just 17% of other cases. A dual classification system for dementia patients has also complicated matters. Combined, those factors are contributing to the astoundingly low percentage of dementia claims paid relative to the other four diagnosis that are audited. Michael Kaplan, a NY attorney specializing in brain injury law called the settlement “a fraud”, saying “the majority of players who deserve compensation are not going to get compensation.”

Fan Marino: It appears that the 95 cases related to death by CTE, ALS and Parkinson’s disease were handled properly, as claims awarded for those illnesses align with NFL projections. However, if 90% of the case filings are dementia related (as former Patriots CB Ronnie Lippett estimated) and the league is going to fight each of those claims, former players will never see the amount of money they’re rightfully entitled to. The NFL needs to do right by the guys who helped build the league into the behemoth it is today.

Premier League Darts, a marquee television event in the U.K., has found a passionate audience domestically. More than 1.3 million viewers a week are tuning in to watch the competition on BBC America (linear network + online), an audience that rivals more well-established sports programming on ESPNU, FS2, MLB Network, NBA-TV and the NFL Network. BBCA’s success with darts isn’t just relative to rival programming through, the network is outpacing the ratings competitors drew for comparable events. The World Darts Championship was the highest-rated darts tournament on U.S. TV in 10 years, beating coverage on FS1, FS2 and ESPNU.

Howie Long-Short: BBC America is jointly owned by BBC Worldwide (a subsidiary of BBC, a British public service broadcaster and AMC Networks (AMCX). AMCX reported FY17 financials on March 1st, with CEO Josh Sapan touting “record financial results” as both net revenue (+1.8% to a record $2.8 billion) and adjusted operating income (+3% to a record $905 million) increased for the 7th straight year. Newly signed deals with fuboTV and Philo mean that “AMC Networks (is now) available on more virtual MVPDS than any other independent programmer”; a fact that speaks to the quality of their content, with 4 of the Top 10 dramas on cable (The Walking Dead, Fear the Walking Dead, Better Call Saul and Into the Badlands). It needs to be noted that AMCX’s Q4 financials were not nearly as inspiring. Revenue (-1.3% to $606 million) and operating income (-5.2% to $195 million) declined; and the company was forced to write off $38 million in programming assets for “Hells on Wheels”, a show that last filmed in the summer of 2016.

Fan Marino: The 16-week Premiere League competition is nearing its halfway point. April 5th is Judgment Night, when the two bottom players will be sent home; narrowing the field to eight final contenders. The final night is set for May 17th at the O2 Arena in London.

Nike CEO Mark Parker announced earlier this week that Trevor Edwards, thought to Parker’s heir apparent, would be resigning as brand President. Though the company did not cite specifics as to why Edwards was stepping down and “no direct allegations” have been made against him, an internal memo noted that the company would be investigating “reports of behavior occurring within our organization that do not reflect our core values of inclusivity, respect and empowerment”. According to a WSJ report, Edwards and another senior executive (Jayme Martin, who also has since been forced out) engaged in demeaning behavior towards female employees; while their underlings bullied colleagues without repercussion. Intending to communicate some leadership stability, Parker announced he’ll remain in his current role until at least 2020.

Howie Long-Short: NKE reported Q3 ’18 fiscal results after the close on Thursday. A “significant reversal of trend in North America” (attributed to React cushioning technology), growth in DTC sales (i.e. increase in gross margins) and international sales (+24% YOY in China, +19% in Middle East and Africa) highlighted a report that beat analyst expectations (revenue + 7% to $8.98 billion). Shares were up 6% in after-hours trading (as of 9:30p EST). It should be pointed out the timing of Edwards and Martin’s departures coincides with the company’s decision to increase its investment in women’s footwear and apparel.

Fan Marino: Anfernee “Penny” Hardaway became the “first signature shoe athlete” to become a head coach, taking over the job at his alma mater the University of Memphis; a fact that was not lost on Memphis head football coach Mike Norvell, who showed up at practice this week wearing a pair of blue Air Foamposite Ones in Royal. Penny has a storied relationship with Nike (see: lil’ Penny), but this hire is about winning games not retro sneakers and Hardaway can coach; he built East Memphis into a H.S. powerhouse (3 straight state titles). Now he may have his first big recruit, a 4-star named Alex Lomax. Lomax, who’s played for Hardaway since middle school, has been released from his commitment to Wichita State and is expected to sign with the Tigers. James Wiseman (a 6’11 Center), the #1 overall recruit in the Class of ’19, also played for Hardaway in both high school and on the grassroots level and is expected to consider playing for Memphis.