Top Bets For Each NFL Divisional Round Game 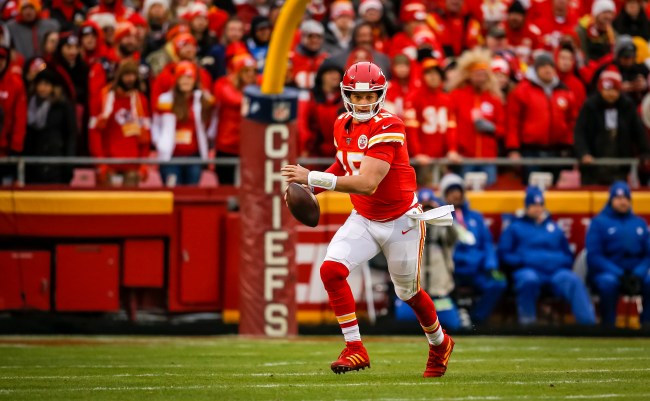 We’ve reached the Divisional Round. Last week, we saw three of the four games won by the road team, there is one road team I think can outplay their spread this week. Here are wagers you should bet on for all four games this week.

The Titans pulled off a fantastic underdog victory against the Patriots in Foxboro last week. They can’t celebrate too long as now they’re on the road again to face the number one team in the AFC, the Baltimore Ravens.

Offensively, the Patriots had struggled in recent weeks, and it showed again as they only put up 13 points against the Titans. Tennessee goes playing against a cold offense to one of the hottest throughout the season as the Ravens were the only team to score an average of over 30 points-per-game.

Led by Lamar Jackson, the Ravens led all of the NFL in rushing yards, and Jackson set the record for most rushing yards in a season by a quarterback. Containing the potential NFL MVP, both on the ground and in the air will be the factor if Tennessee wants another upset, but it will be a difficult task. The Titans ranked 21st against the pass and 20th in rushing yards to the quarterback this season.

Derrick Henry’s 204 total yards on 35 touches was the catalyst for the Titans as Ryan Tannehill could only manage 72 passing yards. The Patriots were the sixth-best against the run this season, the Ravens were slightly ahead of them at fifth, but the rushing champion has proven he’s matchup proof.

I went against the Titans last week, and they left me with egg on my face light in my wallet. Where New England lacked, Baltimore excels beyond anyone. With their 9-1 record against the spread, it’s tough to go against them this week.

We a rematch of a game earlier this year as Houston came away with a 31-24 victory in Arrowhead Stadium.

With the talented offensive weapons each of these teams possess, including two rising star quarterbacks who have a top receiver to throw to, it’s easy to understand why this was a 55 point affair.

Deshaun Watson is coming off his best game of the season and basically carried his team, and for one play, the Bills on his back.

Patrick Mahomes didn’t have the dominating year like 2018, in part due to injuries, but with two weeks to rest, he’ll be ready.

Both of these quarterbacks have shown in their short careers that they can perform well in the playoffs.

Although the return of J.J. Watt helped the Texans last week and the Chiefs improved at defense as the season progressed, the high flying offenses will be the ones putting on the show this week.

Kirk Cousins and the Vikings came to New Orleans and upset the Saints in an overtime win. They now get the challenge of facing the top seed in San Fransisco.

One of the stories going into last week was Kirk Cousins’ inability to come through in the big game; he played a big part in the victory with 242 passing yards and threw the game-winning overtime touchdown.

For Minnesota, accumulating offensive yards will be the challenge as the San Fransisco defense allowed the second-fewest amount of yards-per-game this season, including the least amount of passing yards.

San Francisco can score points just as well as prevent them; they were just behind Baltimore in point-per-game this season with 29.9. They led the league in rushing yards with the tandem of Tevin Coleman, Matt Brieda, and Raheem Mostert, who had a rushing touchdown in his last six games.

This year was not the same Vikings defense who finished as a top-four defense the previous three seasons; they ranked 13th this season in terms of yards allowed per game.

Seattle `is having that everything is going right type of season. They’ve won the close games all year by going 4-0 in games determined by three points or less. Even after all the injuries, they found ways to win and give Russell Wilson one of the best seasons of his career.

The Packers, although going 13-3, still had people questioning their overall team talent; Aaron Rodgers did not have one of his best seasons, and beside Davante Adams, his receiving core was shaky.

One of Green Bay’s weaknesses was its ability to defend the run. Pete Carroll said this week he was going with a heavy dose of beast mode. The Packers allowed the tenth most rushing yards this year.

On the other side, Seattle ranked just behind them. We saw Aaron Jones’ ability to make big plays all season; he’ll be a big factor for the Packers ability to move the ball.

The Seahawks have a tough task. It’s not easy to win at Lambeau, but the Seahawks are 8-1 on the road this season, so don’t bee too worried about that. This game could come down to the wire with one of these quarterbacks trying to win the game late.