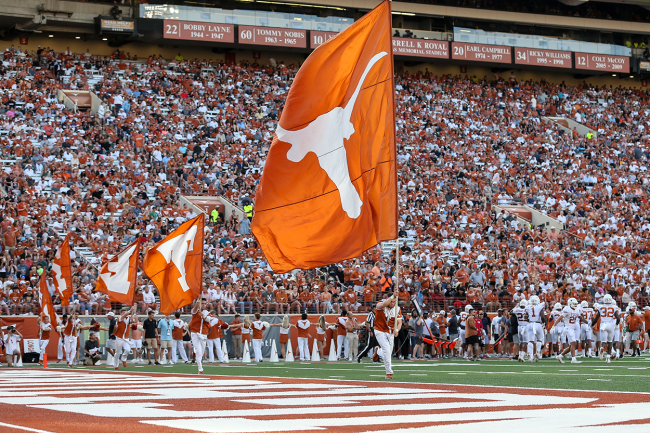 From 2000 to 2009, Texas football won at least nine games and finished ranked in the top 15 of the Associated Press poll, as high as No. 1 in 2005. Since then, the success has been few and far between.

From 2010 on, the Longhorns have won nine or more games twice and ranked in the Top 15 of the AP Poll just once in 2018. In fact, they only finished ranked four times in the last 12 years.

As a result, despite yearly claims that ‘Texas is back,’ the Longhorns’ return to relevance has been a consistent joke. Texas is not back, at least, yet.

Instead, the Longhorns have had just two (2) players drafted in the first round over the course of the last decade. Kenny Vaccaro was selected No. 15 overall by the Saints in 2013 and Malcom Brown was picked No. 32 overall by the Patriots in 2015.

Texas has the same number of first rounders the past decade as Tulsa does. Incredible.

For those keeping track at home, that makes two first round picks for the Golden Hurricane since 2015 and zero for the Longhorns. It’s pretty embarrassing for the latter, considering that the University of Texas’ total enrollment is about 13 times that of Tulsa.

Maybe 2022 is the year that Quinn Ewers and Steve Sarkisian lead the Longhorns back?