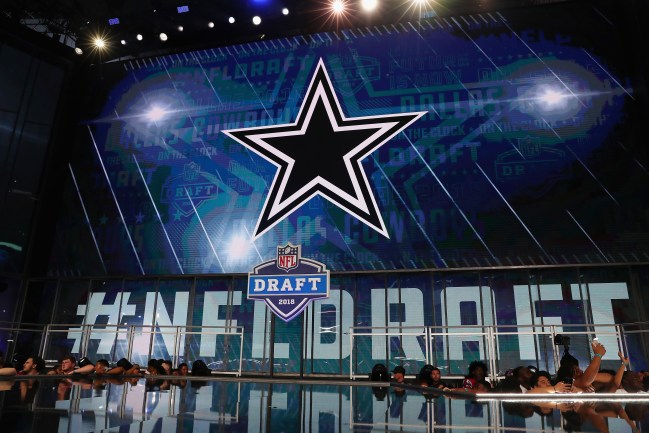 There isn’t going to be live sports for a while because of the coronavirus outbreak in the U.S. but thankfully the NFL is trying to figure out a way to conduct their draft next month.

In a released statement the NFL says it still plans to hold the 2020 draft as scheduled from April 23 to 25, but public draft events in Las Vegas will not take place due to the coronavirus outbreak. The NFL goes on to say they’re looking for an innovative way to be able to televise the draft next month.

In consideration of current information related to COVID-19 and guidance from medical experts such as the CDC, and in coordination with public authorities in Nevada and the City of Las Vegas, the NFL will modify its plans for the 2020 NFL Draft, NFL Commissioner Roger Goodell announced today.

The clubs’ selection of players will proceed as scheduled April 23-25. The NFL is exploring innovative options for how the process will be conducted and will provide that information as it becomes available. The selection process will be televised.

Public NFL Draft events in Las Vegas next month will not take place.

Here’s Roger Goodell’s statement on plans to go forward with the draft.

This decision reflects our foremost priority — the health and safety of all fans and citizens,” Goodell in a statement. “While this outcome is disappointing both to the NFL and to the Las Vegas community, we look forward to partnering with the Raiders, the City of Las Vegas and the Las Vegas Convention and Visitors Authority for a future NFL Draft as well as evaluating opportunities for other major NFL events in Las Vegas in the future, including the Super Bowl.”

It will be interesting to see how the NFL pulls this off considering the CDC recommended that gatherings of 50 people or more in United States be canceled or postponed for the next eight weeks because of the coronavirus.