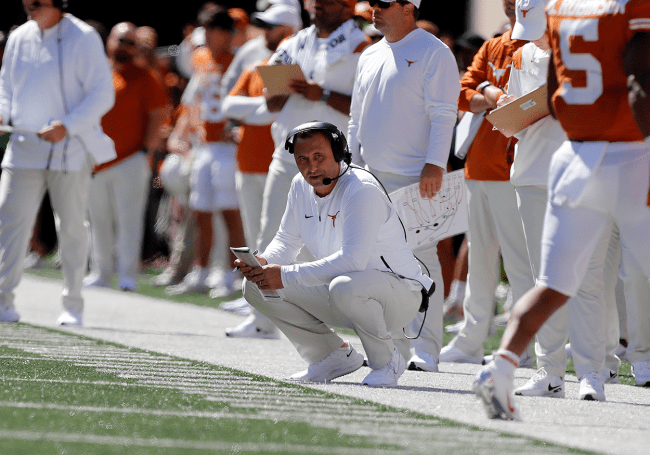 Texas football has won 10 games just once since 2009 after doing so for nine-straight years from 2001 to 2009. In the same timeframe, the Longhorns have had just four first round draft picks and only one in the last seven years.

When you put those numbers into context, it’s really, really embarrassing.

The last first round selection for the Longhorns came in 2015 when defensive tackle Malcom Brown was selected No. 32 overall by the New England Patriots. Since then, the Longhorns have not had a single player hear his name called in the first round.

To compare, there have been 19 schools who have also had only one first round draft pick in the last six years. Only six of them are Power 5 conference programs.

Texas is in the same company as 11 Group of 5 programs and two FCS programs in terms of first round draft picks over the last six years.

To make things worse, it does not look like that is going to change in 2022. Texas has two players in this year’s draft and they are kicker Cameron Dicker and cornerback Josh Thompson. Neither guy is expected to be selected in any of the seven rounds.

There is a chance that Dicker could be drafted late, but he will not be picked anywhere near the first round. Texas’ negative streak is set to continue.