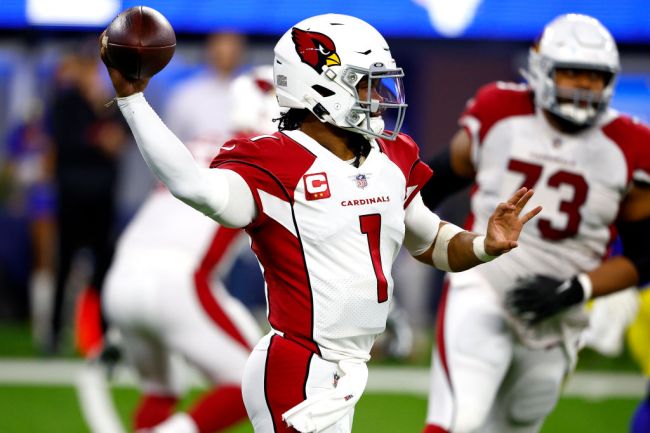 During this year’s NFL Draft, the Arizona Cardinals made a trade that involved a player who had scrubbed their social media feed during the offseason. Luckily for Cardinals fan, that move saw them acquire Hollywood Brown instead of trading away Kyler Murray.

Murray had been the subject of a ton of trade speculation throughout the offseason, but it became clear as the draft approached that he and the Cardinals would work on keeping him in Arizona rather than pursue a trade.

As fans wait to see what the future holds for their star QB, Jeremy Fowler has examined what to expect for a number of players looking to secure contracts for themselves. In his article for ESPN, he revealed that NFL executives are expecting Murray to land a big extension whenever he and the Cardinals do come to an agreement.

The expectation leaguewide is Murray won’t be too eager to play this season without a new deal. Many NFL execs consider Murray in the same QB pantheon as the Raiders’ Derek Carr, who recently got a $121.4 million extension over three years. Perhaps Murray can get slightly more per year due to age (24 to Carr’s 31) and a higher ceiling.

Kyler Murray is certainly deserving of this kind of raise as he heads into the 4th year of his career. It hasn’t taken very long for Murray to turn around a Cardinals team that won 3 games in the year before his arrival.

In just his second year in the league, the Cardinals missed the playoffs on a tiebreaker. Murray followed that up by leading the team to their first playoff berth since 2015 despite dealing with injuries and losing Deandre Hopkins for 7 games due to injury.

Murray has also been pretty impressive statistically so far in his Cardinals career. He has topped 4000 total yards in each of his 3 seasons thanks to his rushing ability. He has also surpassed 30 touchdowns in each of those seasons.

This past season, Murray 3787 yards and 24 TDs through the air while adding 423 yards and 5 TDs on the ground. He accomplished that in just 14 games.

With both Murray and the Cardinals making it clear that a trade isn’t their preferred outcome, it seems like an extension is on its way. At this point it’s just a matter of when a deal gets done and how much money Kyler Murray is going rake in as the starting quarterback for the Cardinals.