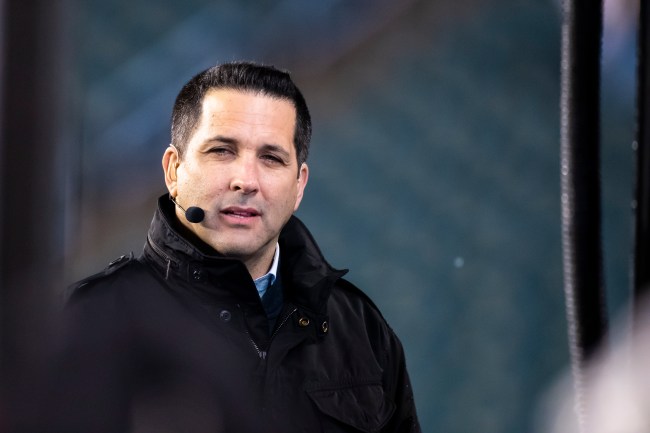 ESPN’s Adam Schefter pissed off NFL fans are he revealed the reason why he broke the Aaron Rodgers story the way that he did.

Last week, Schefter nearly broke Twitter hours before the start of the NFL draft when he dropped a bombshell report on how Rodgers was disgruntled with the Packers and had told some people within the organization that he didn’t want to return to Green Bay.

On Thursday morning Schefter was asked how he came about the Rodgers’ story during an appearance on the Dan Patrick show. According to Schefter, no one leaked the story to him but his report was an “accumulation of information” he had gathered for months that he chose to release on draft day.

We have Adam on now. He said this was not a breaking report, but an "accumulation of information".
He added Aaron Rodgers/Rodgers' camp was NOT the source of this story.
He told us he chose to post this on draft day, but it's based on info since the season ended to draft day. https://t.co/urKJpWtrEN

DP: "You chose to break the [Rodgers] news on Draft Day?"

Schefter: "That is absolutely accurate, correct. It was nothing that morning that came in that all of a sudden said to me yeah he wants out, you should report this… It was just an accumulation of information". pic.twitter.com/SJEPv3ssLu

NFL fans immediately criticized Schefter for causing a ton of drama on draft day when he could have released the report on any other day.

Calling it an “accumulation of information” that he just happened to release in bulk on draft night is not a good look for him cause it sounds like he could’ve tweeted any bit of the “info that accumulated” at any time, rather than just releasing it all at once on a specific day. https://t.co/yHhjMgLtE6

@AdamSchefter is a dick. Taking away from those being drafted so he could be in the spotlight. Trash journalism https://t.co/drco1xRf6p

They remember #SchefterBreakingNews and the day one creation of the #BillsMafia https://t.co/XLvt5JMy1V

@AdamSchefter is an absolute douche for doing this. Grasping at straws because he had nothing else better or more triggering to report on draft day that wasn’t RT’d or spoken about a ton. All for ratings and relevancy. 🔥 🗑 https://t.co/KrI0L0AwyS

Wow this is a terrible look for schefter. Ruined draft day coverage for some of those kids. A shame. https://t.co/K4TokEEzYF

So Schefty was like fuck it, imma blow up the NFL on the night where kids dreams come true. We don't care about these new dudes. #SHITTYSCHEFTY https://t.co/GfzLvx5ytO