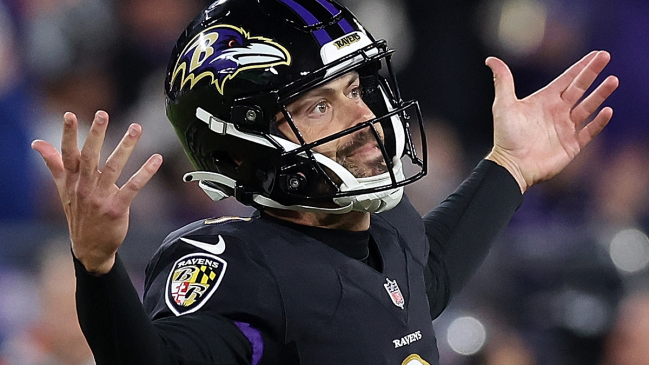 Since its inception, the NFL has been home to plenty of kickers known for being born with ice in their veins and having an impressive ability to do what they do best basically every time they trot out onto the field.

For example, you’ve got Adam Vinatieri, who set the NFL record for the most field goals ever made and the most points ever scored by a single player over the course of his 24-year career (which doesn’t include the three he posted to win Super Bowl XXXVI for the Patriots).

There’s also the (unrelated) Morten and Gary Anderson, who respectively sit behind Vinatari in the second and third spots in the aforementioned statistical categories thanks to what they were able to achieve during their similarly lengthy careers.

However, there’s another key kicking metric that currently boasts another player at the top of the all-time list: career field goal percentage, which features Ravens kicker Justin Tucker leading the pack at 91.3% as of this writing.

When you consider Tucker has had a comparatively short tenure in the NFL since being signed by Baltimore after going unselected in the 2012 NFL Draft, it might seem foolish to compare him to those other kicking legends. However, plenty of people have done exactly that after the man who also holds the record for the longest field goal in NFL history at 66 yards stepped up yet again when his squad faced off against the Bengals at home on Sunday night.

The Ravens trailed Cincinnatti by one point with three seconds to go when Tucker was called on to convert a 43-yard field goal for the win, and he did exactly that to give Baltimore the walk-off 19-17 victory at home.

"JUSTIN TUCKER WINS IT FOR BALTIMORE!"

Back in action Sunday at 1 pm on CBS! pic.twitter.com/Y7O5qHGo6A

To say he nailed the kick would almost be the ultimate understatement.

That is, if the uprights were half a yard wide, the kick would have still been good

After the contest, Tucker drew praise from plenty of people around the NFL—including Shannon Sharpe, who said he’d trust the kicker more than any quarterback or running back in the game.

I TRUST TUCKER’s foot more than I trust any qbs arm or rb’s legs. Who disagrees? You see him trot on the field with a chance to win the gm. Start warming up your bus.

Tucker—who gave a hilarious interview after the contest—may still have plenty of work to do to catch up to some of the names I mentioned earlier.

However, there are still plenty of people who think he’s done enough over the course of his ten-year career to earn a spot in the “Greatest of All Time” conversation.

That includes Lamar Jackson, as the QB threw out the G.O.A.T. label while lauding his kicker in a postgame chat.

“We know we got the GOAT at kicker.”

There were also plenty of other fans who echoed that sentiment.

Justin Tucker now 25/26 for lead-changing field goals with less than 2:00 on the clock. GOAT

He is him. Justin Tucker is that dude. The GOAT. The greatest of all time. A god amongst men. A football deity.

Justin Tucker is the best kicker in NFL history.

I wonder how many people realize Justin Tucker is the Tiger Woods of kickers. He’s literally the GOAT.

CALL HIM THE GOAT CAUSE HES TUCK pic.twitter.com/IzvVh7C8NR

We’ll probably have to wait around a decade to see if all of those takes hold up, but as things currently stand, it’s not the craziest argument you can make.