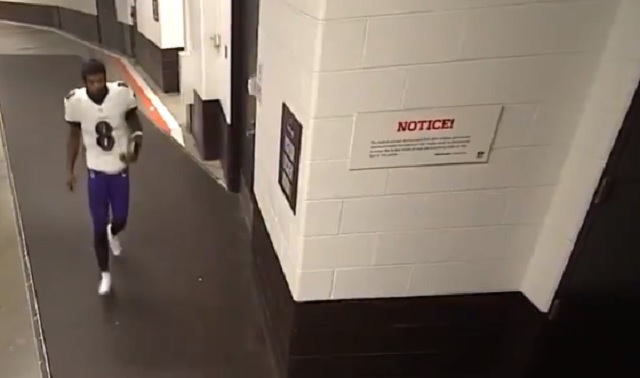 Something strange happened during the Ravens-Browns Monday Night Football game.

In the middle of the game, Ravens QB Jackson mysteriously had to leave the field for undisclosed reasons.

ESPN later reported that Jackson had cramps but fans believe the Ravens QB had to poop due to the way he was filmed running into the locker room.

THIS WILL FOREVER BE KNOWN AS THE LAMAR JACKSON DIARRHEA GAME

Playoffs on the line for the Ravens here..

Me after a Taco Bell visit pic.twitter.com/l91ZdRIxni

Update: Lamar returned to the game after his break and was able to quickly score.

Lamar denied pulling a “Paul Pierce” and going to the bathroom midgame.

“I didn’t pull a Paul Pierce”