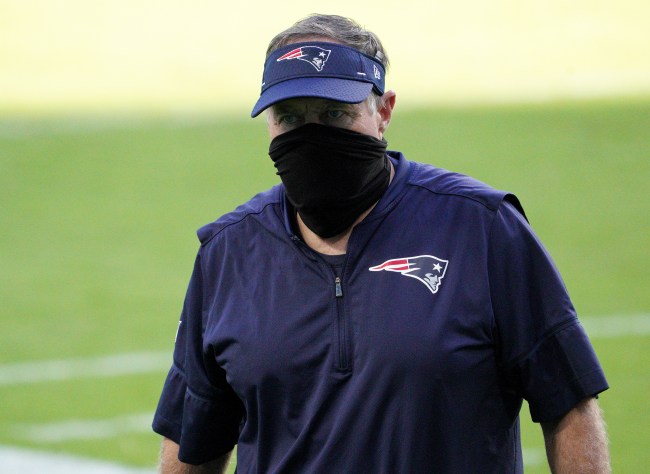 The New England Patriots will not be in the playoffs for the first time in 11 years which was the longest streak in the NFL.

On Sunday, the Patriots lost 22-12 to the Miami Dolphins in a game that saw quarterback Tua Tagovailoa become the first rookie QB to beat the Pats since Geno Smith in 2013.

Bill Belichick officially misses the playoffs for 7 seasons out of 8 as head coach without Tom Brady.

Meanwhile Brady improves the Bucs to 9-5 and has 35 total TDs at age 43.#Bucs haven't made the playoffs since 2007. #Patriots haven't missed it since 2007 [until now] https://t.co/giyLBEGxOY

The last time the Patriots didn't have a winning season:

NFL fans immediately celebrated the fact that the Patriots will not have a chance to compete for the Super Bowl this year.

Patriot bandwagon fans when they don’t make the playoffs pic.twitter.com/8qETyphjqT

The #Bills will head to Foxboro on Monday Night and the New England Patriots will be ELIMINATED from playoff contention and have NOTHING to play for.

For the first time since 2008, the Patriots will not make the playoffs.

One good thing to come out of 2020 https://t.co/XYTZIsveeA

Ya just love to see it. https://t.co/KZstzYoqIG