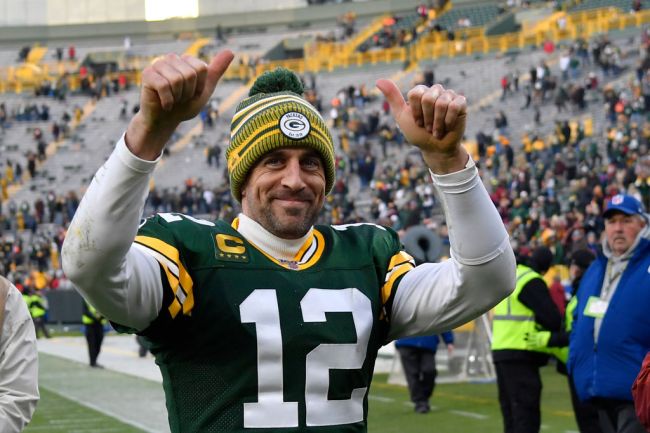 The Green Bay Packers have ensured that Aaron Rodgers will be their quarterback for the near future.

On Tuesday morning, it was announced that the Packers re-signed Rodgers to a massive 4-year $200 million deal that includes $150 million guaranteed. The deal will easily make Rodgers the highest-paid QB in the league.

The #Packers and MVP QB Aaron Rodgers have agreed to terms on a 4-year, $200M deal that makes him the highest paid player in NFL history, sources say. He gets a whopping $153M guaranteed and his cap number goes down. A monstrous commitment by GB for years to come. 💰 💰 💰

This was no easy decision. Rodgers considered retirement and the #Broncos. In the end, the #Packers get it done. They commit to Aaron Rodgers for many years. https://t.co/4Mf7rcmHej

With his new deal, Aaron Rodgers will be the first NFL player to hit the $400 million career earnings mark.

He's now guaranteed to have made $445 million.

Fans had immediate reactions to Rodgers’ huge contract and what it means for backup QB Jordan Love.

Aaron Rodgers is officially back with the Pack, per @RapSheet 💰 pic.twitter.com/l3PuNVVtTZ

The Bears seeing Rodgers back in Green Bay pic.twitter.com/7YU6OBKVOM

Aaron Rodgers showing up to the Packers facility to negotiate pic.twitter.com/iuwvauE4xh

Jordan Love should be the one complaining about cancel culture

Jordan Love after closing twitter for the day pic.twitter.com/gQUnqcmml6

Jordan love and his agent pic.twitter.com/DwhVmc75iX