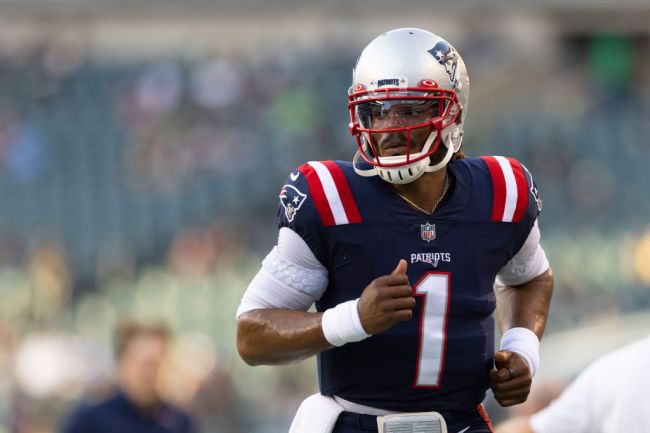 Cam Newton is apparently out in New England.

According to a report from Jim McBride of the Boston Globe, the New England Patriots have cut Newton and will start rookie Mac Jones as their QB.

While there’s plenty of speculation about Newton’s release it seems like it was purely a football decision.

There was a lot of momentum building toward the release of Cam Newton but first and foremost this was about performance. Mac Jones was better for the duration of the summer. He runs the offense the way Josh McDaniels wants it run. Period. End of story. #Patriots

Fans had some hilarious reactions to Cam Newton getting cut.

Cam Newton to Bishop Sycamore since they playing 20 and 30-year-olds on their team anyway.