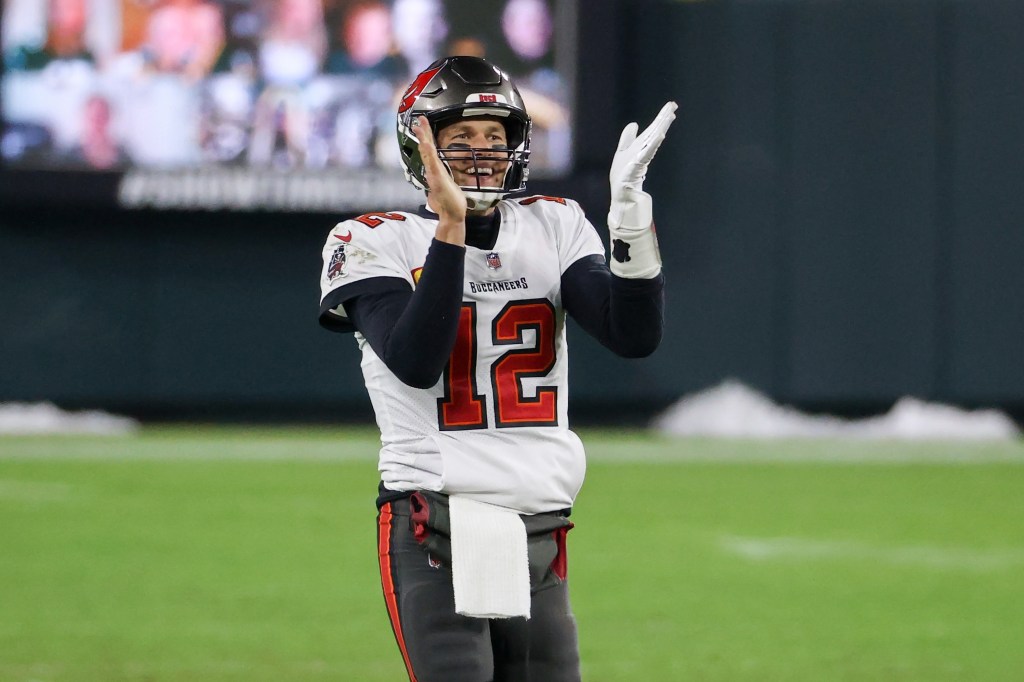 Ladies and gentlemen, Tom Brady! Just unbelievable. Yes, I called it. I smelled it. I knew it. Sucks to be so right but also feels so good to be so right. Though in actuality, despite the very prescient thoughts, it’s not so great at all. I honestly never wanted to be more wrong.

Can already hear Joe Buck saying something like “and another one for Mike Evans! Tom Brady and the Bucs take an early 14-0 lead!”

Nonetheless, let’s get on with it with great vigor! And also get it over with for all my good Packer people out there!

Even when he’s off, he’s on. Because this doesn’t really scream “huge game Mahomes.” Then again, this dude could show up in Costanza’s historic mustard-stained sweatsuit and still throw for 400 yards and 3 TDs. Now all that we ask, Patrick, is do what must be done and take out Sir Thomas. There’s just no way on earth TB12 can be awarded more jewelry. He’s maxed out his card.

"Everyone stepped up to a challenge."

Tom Brady is somehow from California and did not spend his entire childhood and high school years in upstate New York. Seriously, go ahead and click on this hazardous video. It’s the way he says “aaaand” each time. Just awful. And while I know Brady is 43-years-old, when did he start appearing like a hunched over, neckless PGA Tour legend discussing his final major in a Mister Rogers sweater? Haunting stuff. 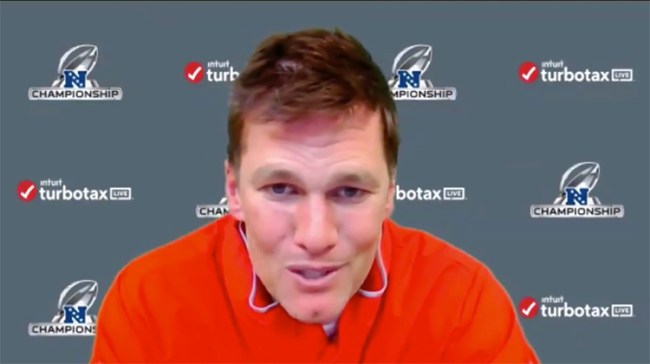 Calling this fit fierce would be a drastic understatement. And that leather jacket kills. Additionally, had I seen this photo before the Packers-Bucs game, there’s no question I would’ve alerted anyone and everyone to load up the clip on Tampa and get those cigars ready. 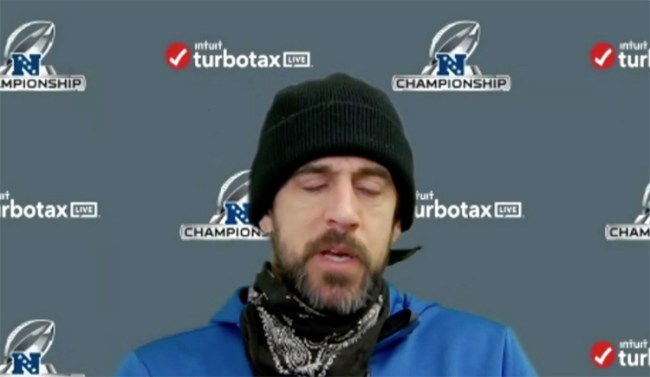 Aaron Rodgers sinking into his seat like someone greased it up with Crisco after being asked about a 4th down call at the very beginning of his press conference was symbolism at its finest. But suddenly switching to a non-branded knitted black cap and wearing a blue hoodie?!? What exactly did he expect? Colossal jinx.

Forget the sombrero routine for a moment and focus on what might be the greatest sports hoodie in sports hoodie history even though it’s so close to being an obvious Macho Man likeness that Aaron Jones might soon be getting a hostile phone call from Mr. McMahon and a shrieking Stephanie. Regardless, Jones has been such a charismatic character during his run in Green Bay that the loss makes me feel sad about the Packers all over again.

Oh boy, we have a winner and his name is FRANK freakin’ CLARK. What a king. And yes, while “king” has been overused to an absurd degree in this space, it needs to be used when called for, and what we have here has been called for. KING.

When you’re Stefon Diggs you simply don’t need to be tagged. Sadly, this might be the most deflated Stefon Diggs these eyes have ever seen. Chin up, buddy. Next year is the year. UPDATE: Dear god, it’s far worse than originally thought. We all should have known because it sure looks like Stefon knew.

Every single thing about this getup is incredible. Choosing to go with sleeveless suede while strutting into Lambeau Field absolutely means you’re hauling in not one but TWO interceptions. Should’ve been enough, Jaire! Sad.

Billy Turner is my favorite walking collage/graffiti wall in the entire NFL and it’s not particularly close. Check out the flames on the right sleeve. Just outstanding. It’s basically an impossible task to pinpoint what you’re gonna get from Billy and that’s exactly why he’s always been so enjoyable.

The Bucs’ Aaron Stinnie is blatantly stealing from the Billy Turner playbook, which is more than fine with me. The more Billy Turner clones, the better.

Hell. Yes. Impossible not to love Big Red. Now if you somehow can’t find a way to love this affable cartoon character — even if you’re a Bucs fan — just give up.

The IG post says Cole Beasley finished the season playing with a broken fibula — which is well beyond bonkers — and boy was he enjoying the hell out of those pain killers. Probably the best state of mind to be in knowing your season is now over. Look at that face!

Adrian Amos has quietly been bringing the heat all season long, so please throw on your finest gold chain and the greatest jacket in your closet and give it up one last time for the Packers’ safety.

Lavonte David out there with the humble “first day of school before I gotta catch the bus” photo rather than showing out like a Bucs linebacker who’s about to be playing in the Super Bowl. The 2nd photo, however, is 1000% on point and the one he should have featured.

Hair Game off the charts. Next level stuff. My official Hair Game score is usually a healthy 9.3/10, but this is true greatness. Learning his name was one thing, experiencing the artful hair game was quite another.

It stings me to no end that I initially missed this action shot of GRONK and Scotty Miller back in early January when they teased an upcoming buddy cop heist movie — reportedly from the creators of Prison Break Too and Mystic Pizza IV — but Gronk’s social media team usually flood his page with a slew of ads and nothing else. So that’s my excuse and I’m sticking with it.

We are now on to Super Bowl 55, people. No biggie.