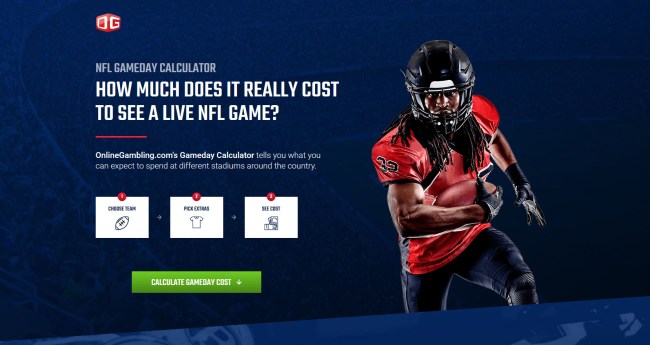 Ever wonder which NFL teams are the most and least expensive to watch live? Well, thanks to a new OnlineGambling.com “Gameday Calculator” you can now find out how much to expect to spend at all of the different NFL stadiums around the country.

This new online tool for NFL fans draws on a considerable amount of data and compares the cost of everything from tickets, parking, soda, beer, hot dogs, peanuts, nachos, jerseys, t-shirts, hats and more for each team.

• The New England Patriots have the most expensive standard ticket costing $549.

• The Cincinnati Bengals standard ticket costs just $94, the cheapest in the NFL.

• A premium ticket at a Tampa Bay Buccaneers game costs a whopping $3,016.

• A parking spot at a Minnesota Vikings game will run you $100. 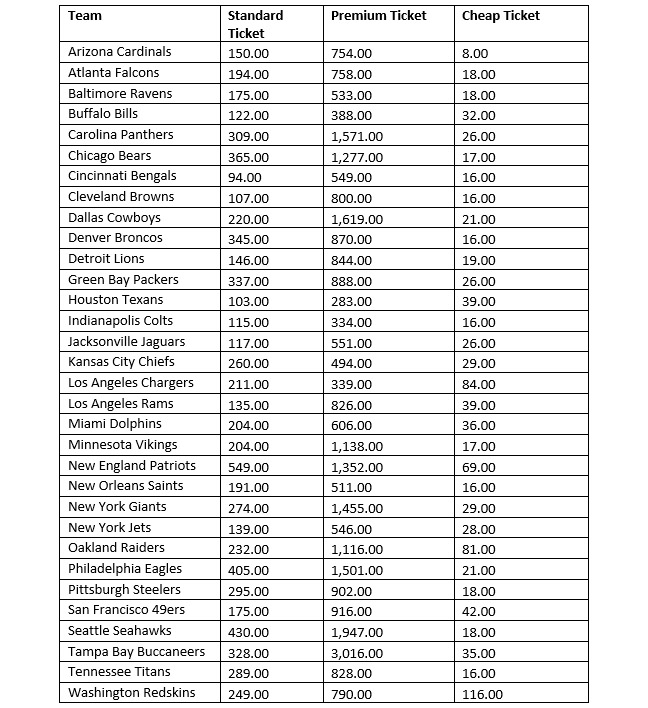 And here’s how much you can expect to spend at NFL stadiums to watch a game live if you buy two standard tickets, park in a remote lot, drink four beers, four hot dogs, two plates of nachos, and a team hat…

For additional pricing, including premium or cheap seats, premium or no parking, and more or less in concessions and souvenirs, just use the Gameday Calculator here.