The NFL Hall Of Fame Just Got Its Most Depressing Artifact Yet, Courtesy Of Andy Reid 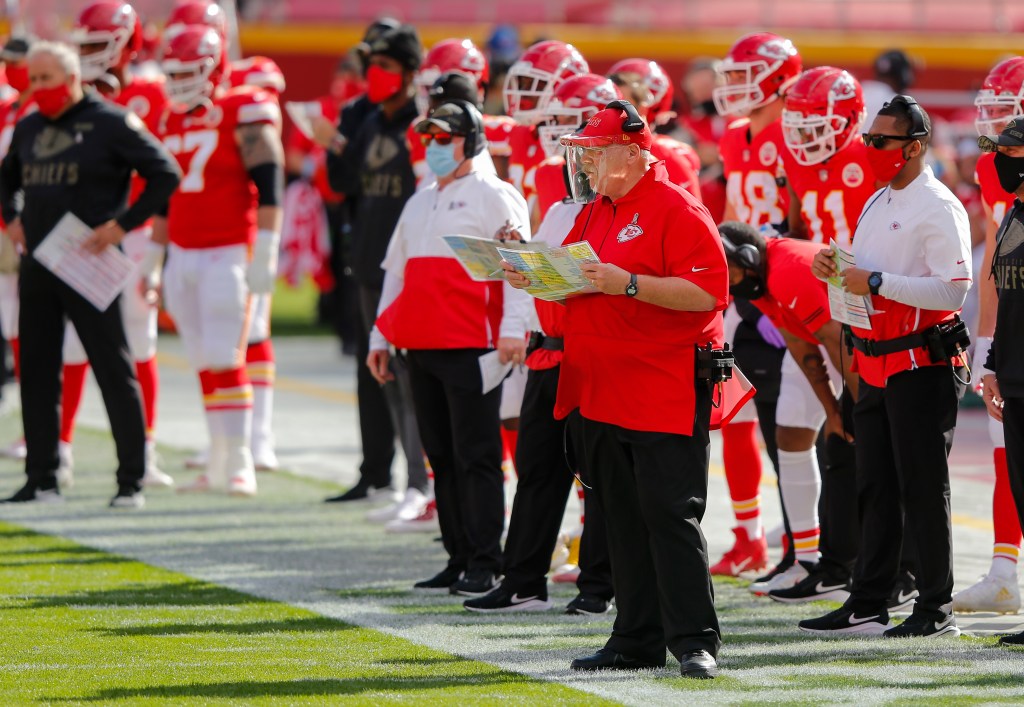 The NFL Hall of Fame in Canton, Ohio is home to the most legendary artifacts throughout the sports storied history.

The museum’s collection of artifacts includes everything under the sun from a piece of turn taken from the ‘Immaculate Reception’ game in 1972, footballs from Super Bowl I after the NFL and AFL agreed on a merger, and ‘Pro Football’s Birth Certificate’ which is the 1892 Allegheny Athletic Association Accounting Ledger marking the first instance of an athlete getting paid to play football and thus becoming the first-ever professional player.

New artifacts enter the NFL Hall of Fame every year to keep the collection fresh and growing. An example of this would be the 54 (and counting) Super Bowl rings they have on display. But the NFL Hall of Fame just received its most depressing artifact yet, in my humble opinion. For decades to come, it will serve as a reminder of just how abruptly the world was upended in 2020 and on into 2021.

I’m talking, of course, about Andy Reid’s now-infamous face shield. His game-worn hat and face shield can now be found at the NFL Hall of Fame. This particular face shield (and hat) was worn by Andy Reid in Week 9 of this season when the Chiefs defeated the Carolina Panthers 33-31 marking the 230th win of Andy’s career, a win that moved him into 5th place all-time in ‘Total Wins’ amongst NFL coaches.

A post shared by Pro Football Hall of Fame (@profootballhof)

New to arrive at the Hall: the game-worn hat and face shield of @Chiefs head coach Andy Reid. He wore both of these items much of the 2020 season as a part of the @NFL's COVID-19 protocols.

The Hall of Fame’s announcement on their website reads:

New to arrive in Canton and to be put on display in the Hall’s Pro Football Today Gallery are the game-worn hat and face shield of Kansas City Chiefs head coach Andy Reid. He wore both of these items much of the 2020 season as a part of the NFL’s COVID-19 protocols.

In Week 9 (Nov. 8, 2020), the Chiefs defeated the Carolina Panthers 33-31. The victory was the 230th of Reid’s career. He surpassed Pro Football Hall of Famer Curly Lambeau for most wins in NFL history, moving into fifth place.

It is a little odd that the NFL Hall of Fame chose to go with Andy Reid’s hat and face shield as one of their latest artifacts instead of asking Tampa Bay Buccaneers head coach Bruce Arians for his Super Bowl-winning face shield. And I’m not even saying this as a Bucs fan. It just seems like the ONLY FACE SHIELD EVER worn while winning a Super Bowl has more historical value than a face shield worn in Week 9 of the 2020 season.

Andy Reid is certain to enter the Hall of Fame one day on his own. He already has the 5th most ‘Total Wins’ of any coach in NFL history and he’s only 32 wins behind Tom Landry in 4th place. With Patrick Mahomes under contract for the next century, Andy Reid is certain to maintain his winning ways for years to come. The Kansas City Chiefs are already the favorite to win the Super Bowl next season. Andy could easily jump into that 4th place spot in 3 seasons and it’s quite possible he’ll do it in two depending on how deep his teams go in the NFL Playoffs.