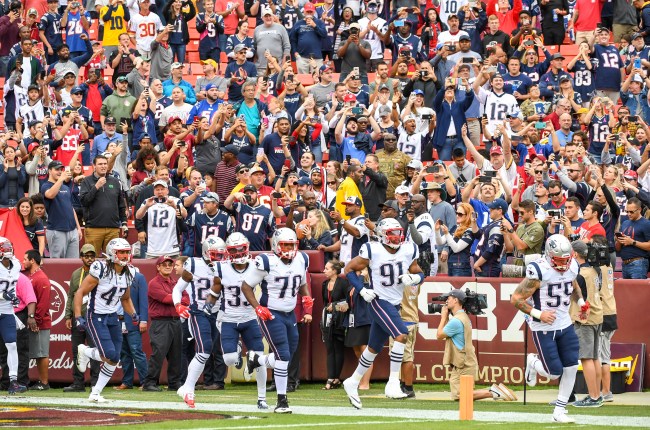 If you’ve noticed that road teams have fared pretty well this season in the NFL, you’re onto something.

Home field advantage, at least up to this point of the season, has been non-existent.

If you take away the two games played in England and look at the rest of the slate, road teams have posted a 49-39 record. So, if you’ve put down some money on the home favorite this year, chances are you’ve been hit with some bad losses.

The New York Post broke down just how bizarre it has been so far this season.

Composite scoring sums represent “the league against itself.” Through 88 games, the average result has been the road team winning by 1.36 points.

So, home-field advantage hasn’t been worth the standard three points. Nor has it dropped to just two or 2¹/₂ points. It grades out as a home-field “disadvantage!”

That sounds bad for home-favorite bettors already, but things are even worse when you bring the spread into the equation. According to TeamRankings, home favorites are 20-41-1 against the spread.

Cleveland, Washington and Cincinnati are contributing to these numbers mightily as all three teams haven’t won or even covered the spread as hosts, but that doesn’t explain the rest of the league struggling on their own field. Hell, even Seattle is 0-3 at home against the spread, and in years past Seattle has been an extremely difficult place to play.

The Bucs, Chargers, Seahawks, Titans, Redskins, Ravens, Bengals and Browns haven’t covered a spread at home all season for a combined record of 0-21-1 in those games. Maybe stay away from them whenever they’re at home.