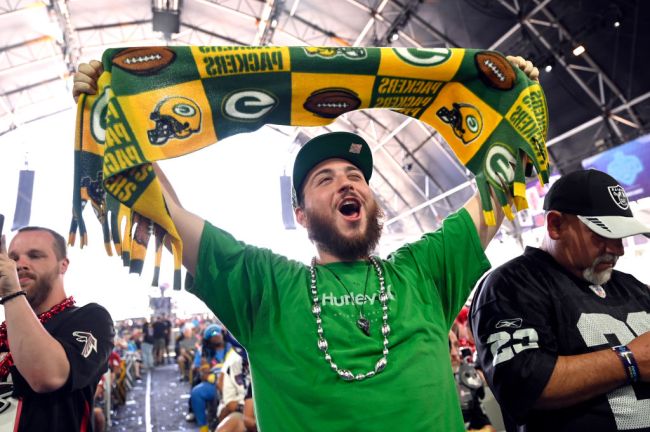 Ever since the Green Bay Packers traded Davante Adams, fans have been waiting for them to make something big happen at the position. Unfortunately, the big move hasn’t come.

The biggest signing the Packers have made at the position was Sammy Watkins. They haven’t been able to secure a replacement through a trade even though a few big names have switched teams since Adams was traded. They even missed out on all of the top names available at the position in the draft.

They did add Christian Watson in the 2nd round of the draft, Romeo Doubs in the 4th, and Samori Toure in the 7th, but there has yet to be a move that should give fans a ton of faith in the team’s receiving corps heading into the season.

Luckily for Packers fans, NFL insider Ian Rapoport expects the team to attempt to sign one of the big names remaining in free agency.

"This is a great WR market for the Packers & I think they're gonna be involved for Jarvis Landry, Julio Jones & OBJ" ~@RapSheet#PMSLive pic.twitter.com/UXRLxnqNFK

While these players all have reasons they are still available, there is actually one that makes sense. If Odell fully recovers from his knee injury, he should be able to give Aaron Rodgers a dependable intermediate option on the field.

Jarvis Landry is a slot receiver, which the Packers don’t need. Julio Jones has become very injury prone and seems to have begun to decline.

Odell actually looked pretty good for the Rams before his injury and could complement the field-stretching ability of Christian Watson well.

At this point, we know that the Packers aren’t going to be able to replace the production of Davante Adams, but maybe they can at least put together a group of receivers that gives Rodgers something to work with next season.