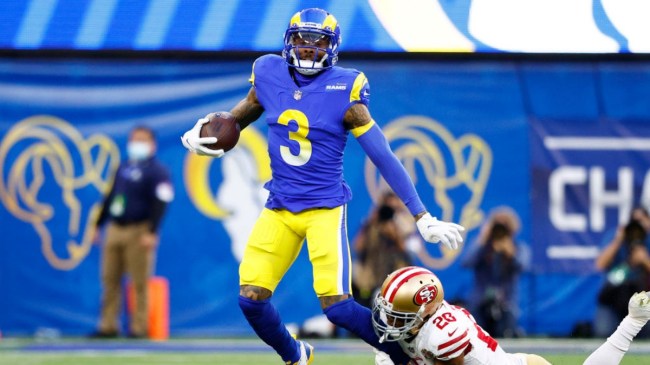 Ever since Odell Beckham Jr injured his knee during the Super Bowl, fans have been wondering just when they’d get to see him back on the football field.

That injury has deterred teams from signing him as he remains a free agent just before the start of the season, but now it seems there is a timeline for when Odell will be ready to play again.

Today, NFL insider Ian Rapoport revealed that Odell should be fully healthy and ready to play early in November.

Odell Beckham Jr may be ready to play in early November

The @NFLGameDay Notebook for our Season Preview Show: Why it makes sense for FA WR Odell Beckham to sit and wait; The plan for #Browns QB Deshaun Watson; Nothing imminent for #Ravens QB Lamar Jackson’s contract. pic.twitter.com/eGrnFmWXs7

While that means that fans are still a couple of months away from seeing Odell play again, they may learn where he wants to play in just a couple of days.

Earlier today, OBJ teased the idea that he’d play for whoever wins Thursday night’s matchup between the Los Angeles Rams and Buffalo Bills.

Whoever wins Thursday !!!!! 😈 😭 😉can’t wait … to all the boys goin into the season! May God bless u wit peace of mind and physical strength to endure the season. God watch over all my brothers this year let them shine and stay healthy !! LUV

Odell has been linked to both teams since hitting free agency and would surely enjoy the possibility of once again playing for a contender.

If Odell is still available once he is fully healthy, he will surely attract plenty of interest from teams looking to add another weapon for a late-season playoff push.