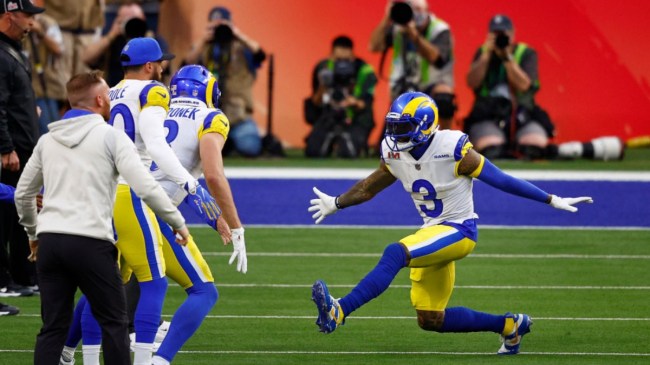 Football fans are just a couple of days away from the return of the NFL and they are sure to be quickly rewarded for their wait.

Thursday night’s season-opening matchup features a pair of teams that could end up playing a rematch in the Super Bowl. The game sees the defending champion Los Angeles Rams host the Buffalo Bills in what is sure to be one of the season’s most interesting clashes.

If the mathchup itself isn’t enough to get fans excited for the season opener, Odell Beckham Jr may have just raised the stakes. OBJ posted a tweet implying that he would sign with whoever wins the game.

Whoever wins Thursday !!!!! 😈 😭 😉can’t wait … to all the boys goin into the season! May God bless u wit peace of mind and physical strength to endure the season. God watch over all my brothers this year let them shine and stay healthy !! LUV

Odell is surprisingly still a free agent shortly before the start of the season, but is expected to get picked up once his knee has healed.

Both of these teams have been linked with Odell throughout the offseason, with some expecting him to re-sign with the Los Angeles Rams even after they signed Allen Robinson because of Odell’s success in LA last season.

More recently, Von Miller has been actively recruiting Odell and the Buffalo Bills’ GM revealed that he had “checked in” on the receiver.

If Odell joins either of these teams, he’ll become another dangerous weapon in a loaded offense. Maybe football fans will finally get an answer to one of this offseason’s great mysteries after Thursday night’s game comes to an end.