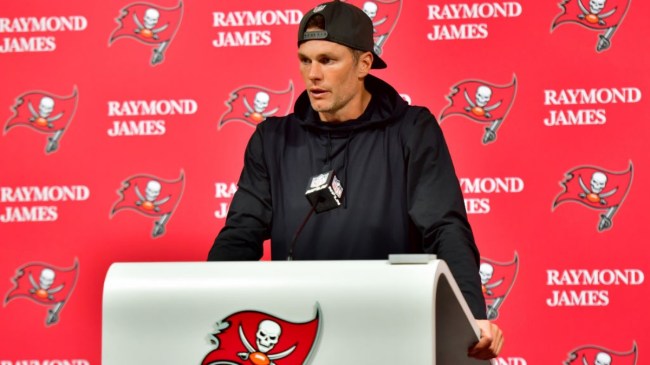 With Tom Brady taking his time to make a decision on his future, there is going to be plenty of speculation going around about what he might end up doing.

Yesterday, we got one of the more wild bits of speculation on the subject.

While Pro Football Talk’s Mike Florio was discussing Brady’s decision with Chris Simms, the idea of Brady heading back to Michigan to play for the Detroit Lions came up. The two men believe it is a realistic possibility.

As Tom Brady scours the league for his next potential destination, a return to Michigan could make plenty of sense, both for him and for the Lions. https://t.co/qqCKV0hIVq

I don’t think this move would make sense for the same reason why I don’t believe that Brady to the Dolphins makes much sense right now.

The Detroit Lions already have a quarterback who is coming off of a successful season. Jared Goff’s 2022 season was his best since the 2018 season.

This year, he threw for 4438 yards and 29 touchdowns while only throwing 7 interceptions. The numbers were a major improvement from his first year with the Lions and helped them finish above .500 for the first time since 2017.

While it feels like Goff has been an NFL quarterback for a while, he is still just 28 years old, which means that he could give the Lions plenty of good years if they aren’t able to find a franchise QB.

Brady would offer them a very short-term option and might not actually be any better than Goff would be next season.

With a much better group of wide receivers, Brady threw for 4694 yards and 25 touchdowns while throwing 9 interceptions during the 2022 season.

There are certainly going to be teams interested in Tom Brady during this offseason, but it just doesn’t make a ton of sense for a winning team with a younger QB to sacrifice their future for a year or two with Brady.