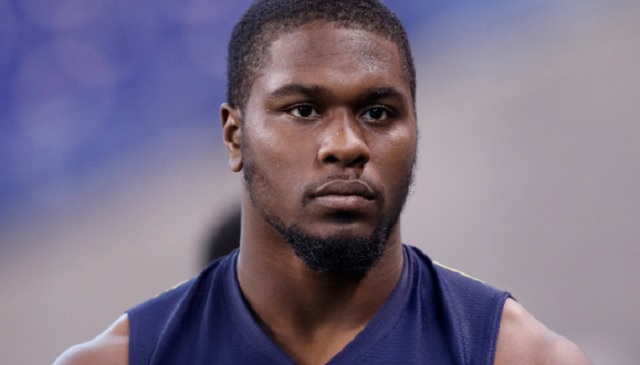 Malik McDowell has had several run-ins with the law since getting drafted by the Seattle Seahawks in 2017.

On Tuesday TMZ released a video of McDowell’s February arrest where he was shown getting tased and fighting with a police officer while intoxicated.

A routine traffic stop turned into a violent war inside of a gas station … with a massive NFL player fighting a cop AFTER being hit with a taser and TMZ Sports has the unbelievable video.

A police officer in Lathrup Village, Michigan pulled over 23-year Malik McDowell — a 6’6″, 300 pound defensive tackle — on a snowy February night after he witnessed McDowell’s Jeep spinning out on the road after speeding.

During the stop, which took place in front of a gas station, the officer ordered McDowell to stay seated in his car, but Malik disobeyed — and repeatedly demanded to speak with a supervisor.

As the officer continues to verbally engage with McDowell, who was selected by the Seattle Seahawks in the 2nd round of the 2017 NFL Draft, he tries to leave his vehicle and walk into the gas station convenient store.

Things got pretty wild when the officer tried to detain McDowell. In the video you can see McDowell pull out the taser prongs from his body and begin to engage with the officer.

McDowell’s blood alcohol was twice the legal limit and he was charged with 2 counts of felony assaulting and resisting, 1 misdemeanor count of operating while intoxicated and misdemeanor driving on a suspended license.