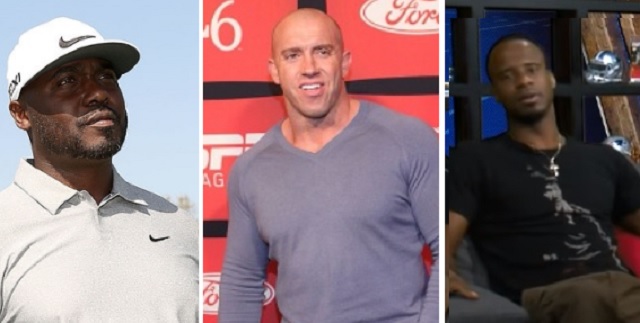 The NFL Network has suspended on-air personalities Marshall Faulk, Heath Evans and Ike Taylor while the network faces a sexual harassment lawsuit from a former female employee who claims she was groped and was subjected to inappropriate behavior by the former NFL players during her time at the company.

A former executive producer at the National Football League’s TV network and ex-players including Marshall Faulk and Heath Evans allegedly groped and made sexually explicit comments to female colleague Jami Cantor, according to an amended complaint by Cantor, a former employee.

The allegations against the retired players and Eric Weinberger, who’s now president of sports commentator Bill Simmons’s media group, are part of a lawsuit against NFL Enterprises in Los Angeles Superior Court. The amended complaint filed Monday detailed specific acts of harassment by several individuals who aren’t named as defendants.

Cantor, a wardrobe stylist at the NFL Network, said Weinberger sent “several nude pictures of himself and sexually explicit texts” and told her she was “put on earth to pleasure me.” He also pressed his crotch against Cantor’s shoulder and asked her to touch it, according to the complaint.

Cantor said she complained about the sexual advances from former NFL players to Marc Watts, the league’s talent coordinator, but he did nothing and said, “It’s part of the job when you look the way you do,” according to the complaint. Watts didn’t immediately respond to messages seeking comment.

Considering the current climate it’s not entirely surprising that the NFL network suspended Faulk, Evans, and Taylor. We’ll have to see how the NFL handles this situation and how the case plays out in court.