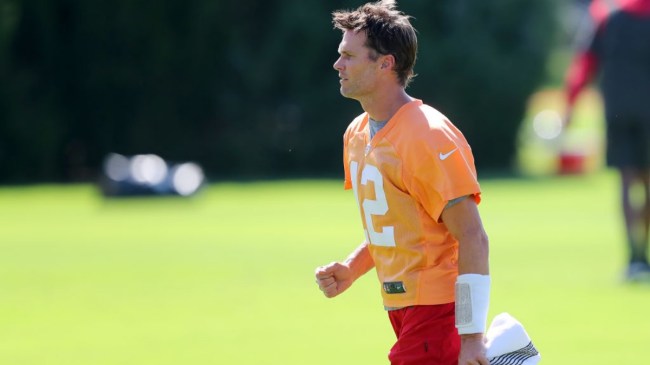 When you hear the words “old” and “football” together, most people’s minds probably go to the same place. They think of the ageless wonder, Tom Brady.

Today, it was revealed that not only is Brady the NFL’s oldest active player, but he also plays for its oldest team.

Sportrac did the math after cut day and revealed that the Tampa Bay Buccaneer’s have the oldest roster in the NFL.

While Brady is certainly a factor in the Buccaneers topping this list, there are plenty of other reasons they are the oldest NFL team. Brady is one of 13 players on the active roster who is at least 30 years old. In fact, he isn’t even the team’s only quarterback who is at least 30 as they also roster 32-year old Blaine Gabbert.

While the top team on the list isn’t much of a surprise, the team in second is a bit unexpected and also has a Tom Brady link.

The New England Patriots would have been expected to become a much younger roster after Brady left for Tampa Bay. However, it seems they didn’t manage to add much youth to the roster during their quick rebuild after losing their franchise QB. Their brutal recent draft history has likely been a major contributing factor to their age.

Tom Brady has repeatedly proven that age is just a number over the past few years as he has continued to remain in the MVP conversation year after year. However, the Bucs may want to consider trying to age themselves down a bit as being the NFL’s oldest roster is sure to catch up with them eventually.