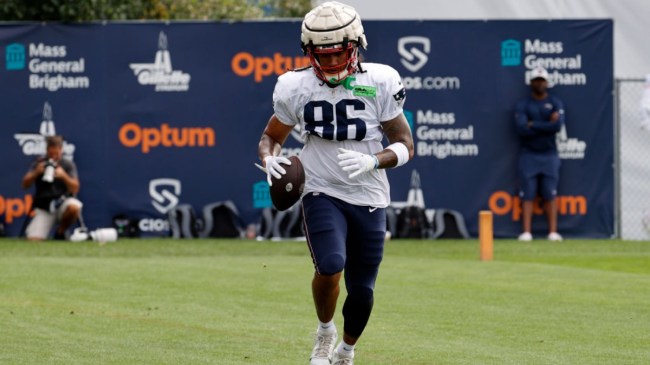 Over the last 2 decades, there is no team in the NFL that has enjoyed nearly as much success as the New England Patriots. However, that success hasn’t quite carried on over the past couple of seasons since they lost Tom Brady.

Losing Brady seems like a pretty obvious reason for the team to see a downturn in its fortunes, however, there appears to be another factor that could be equally responsible for the team’s recent struggles to return to their previous heights.

The team has not performed well early in drafts.

In fact, after their latest round of cuts, Bill Barnwell pointed out just how poorly they’ve performed early on in recent drafts.

The Patriots officially added Devin Asiasi to the list of disappointments as a part of their latest round of cuts. He joined fellow 2020 3rd round tight end Dalton Keene. The two combined for 5 catches over two seasons and lost just about any chance of breaking into the Patriots’ lineup last summer when they signed Hunter Henry and Jonnu Smith.

N’Keal Harry and Sony Michel stand out as particularly big disappointments on this list, although for different reasons. Michel was a serviceable running back early in his career with the Patriots, but was drafted right before his college teammate, Nick Chubb, who turned out to be a much better NFL player.

Harry struggled with injuries right from the start of his NFL career and never even became a regular starter in the league. He hasn’t reached the end of his rookie contract yet, but there are already questions about who would even be interested in signing him to a second contract.

This year, each of their first two picks were questioned by many and some believe they could have landed Cole Strange and Tyquan Thornton a full round later than they were drafted.

As the New England Patriots look to move on from the Tom Brady era and try to prove that they can win without him, they haven’t done themselves many favors early in drafts.