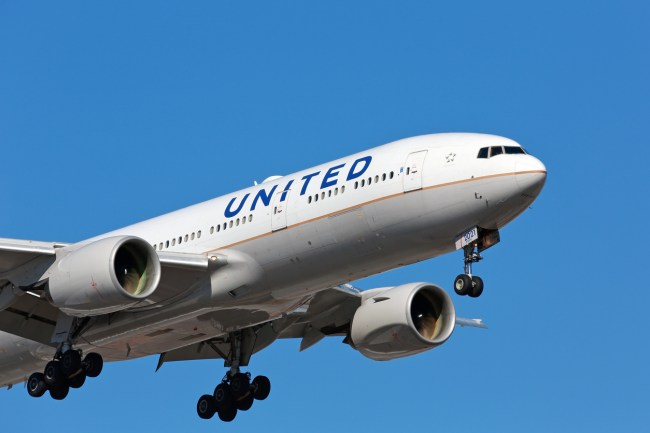 An unnamed NFL player has reportedly filed a lawsuit against United Airlines alleging that it did not properly handle his reporting of sexual harassment and assault during a flight from Los Angeles to Newark on Feb. 10.

According to Bleacher Report’s Master Tesfatsion, the player filed the suit in coordination with another male passenger and the two are identified as John Doe 1 and John Doe 2. The two allege that a total of four complaints were made against a female passenger that was sitting in their row. They claim she made “unwanted sexual advances” before the flight attendants relocated her on the flight.

The report claims that both men are African American males, while the woman is described as a middle-aged Caucasian female. The unnamed NFL player and John Doe 2 are seeking both compensatory and punitive damages.

Per the initial report, the player said that the woman was intoxicated and taking prescription pills. The woman apparently ripped off his face mask and grabbed his penis before she was finally moved from her seat.

Attorneys Darren Darwish and Benji Azizian shared a statement with Tesfatsion which begins by stating “We bring this lawsuit with the hope that it will be one of the last of its kind. Our wish would be that in the future no passengers’ multiple warnings and complaints to flight attendants, the onboard authority figures, will go unheard until it’s too late and the damage will be done.” They also stated that “in-flight sexual assaults continue to be an ongoing problem during commercial flights.”

The unidentified NFL player and “John Doe 2” are seeking compensatory and punitive damages.

A statement I received from attorneys Darren Darwish and Benji Azizian: pic.twitter.com/5LxX2BblLr

The lawsuit was filed in the Superior Court of California of the County of Los Angeles requested a jury trial in the case.