NFL Players To Avoid In Your Daily Fantasy Lineup In Week 10, According To A DFS Expert 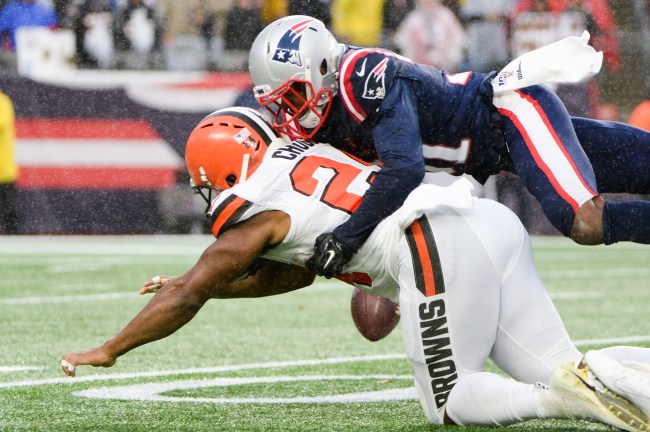 We’re back with another edition of Friday fades, finding three players who are either priced high, or should garner a bit of ownership in tournaments, that we want to avoid. Let’s take a look at who we should avoid this week.

QB Jared Goff LAR $6200
Goff is priced $100 more than our play of Matt Ryan this week, and I definitely like Ryan to outscore Goff. Goff has severe home/road splits, and this week is on the road in Pittsburgh. Pittsburgh’s pass rush has been good this year, and they get to face a Ram’s line that has been one of the league’s worst this year. With bad splits on the road, coupled with a defensive line with a distinct advantage on the offensive line, I don’t like the spot for Goff this week.

RB Nick Chubb CLE $7000
Nick Chubb is a workhorse, and has been extremely consistent this year. However, the Bills have a distinct advantage against the Browns offensive line in this spot as well, and I expect the disappointing Browns to be playing from behind. Add in the fact that Kareem Hunt is back from suspension, and with the uncertainty of his role, and how much he will affect Chubb, I am going to pass on spending up on him this week. There are too many talented players in good spots surround Chubb to take on the risk of Chubb this week.

WR Julio Jones ATL $7500
It’s not always easy in our fade column, but we must be willing to take a stand. Obviously, Julio is one of the best wide receivers in the league and can blow up any week. But even though I like Matt Ryan this week, I expect him to rely on Ridley and Hooper. I am fully expecting Julio to get shadowed by Marcus Lattimore, who is one of the best corners in the league. I’d like to think that there is a better chance Julio puts up a dud this week, than hits his ceiling spot and leaves us kicking ourselves.

Good luck this week, and I’ll see you at the top of the leaderboards.