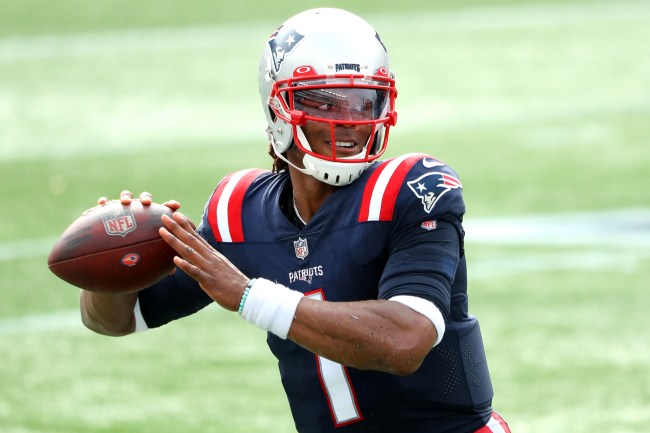 Several NFL players have taken to social media to react to the viral video of a teen disrespectfully trash-talking Cam Newton on the sideline.

In the video, a young player can be seen heckling the NFL veteran for being a “free agent” and “poor” despite the fact that Newton has earned over $100 million during his career and has a resume most players would dream of having.

Cam got a little triggered 👀 pic.twitter.com/D7MZkLdorg

Current and former NFL players took to Twitter to condemn the kid’s actions.

Cam you should have sent his ass home https://t.co/SJkUMUMnl5

It blows my mind cause im sure that kid wants to be a Heisman trophy winner or a draft pick an Cam did both!!

Cam a better man than me

All for likes, and laughs. He probably has a 1% chance of achieving what Cam has. Respect greatness lil boy.

Cam should’ve asked him to leave. Kid thinks he’s being funny, cute, but he’s being super disrespectful. This isn’t the 1st time kid has gotten outta pocket with an adult. Remember our parents would say behave be respectful when dropping us off somewhere. I miss that. SAD pic.twitter.com/dKE0pzgnAv

The most common kind of respect has unfortunately become DISrespect. The 💩gets glorified everywhere you turn. Don’t be shocked at what the young kid did to Cam. Try to do something to turn the tide.

he ain’t triggered social media give kids to say whatever with no respect.. lol boy got in cam shirt 😂 that “i’m rich” having ppl on they feelings 😂 #MVPCam (Cam always been one my favorites) ✊🏾 https://t.co/Sf4FJpkj3q