Three NFL Players To Avoid In Your Daily Fantasy Lineup In Week 2, According To A DFS Expert Who Crushed Week 1 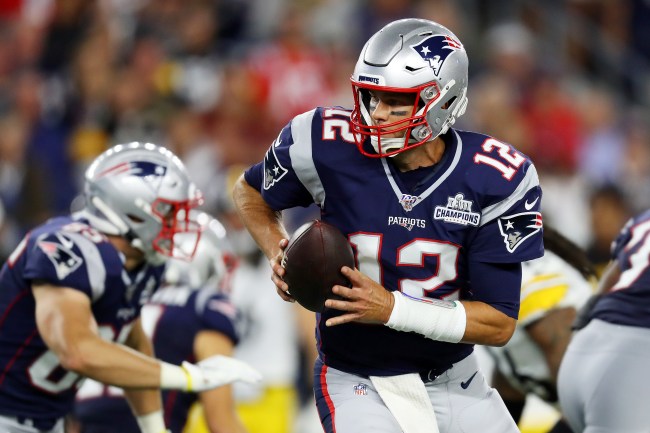 Just as important as finding the right guys to start your lineups with on DraftKings each week, we also need to find the guys who we should be avoiding. Last week, Tyreek Hill was one of the higher owned wide receivers in tournaments, but we talked about fading him. Let’s see who we should fade this week.

TY Hilton WR Indy $6800
Hilton went off last week, grabbing 28.7 points on DraftKings against the Chargers. Targeted nine times, and hauling in two touchdowns, what’s not to like? Well for starters, Hilton ended up 50th among wide receivers in air yards. The Colt’s also only threw the ball a total of 27 times, despite trailing most of the game. Facing a Titan’s defense who stifled the Browns, at this price, Hilton’s a fade for me. I’ll take my chances he doesn’t get in the end zone this week.

Josh Jacobs RB Oak $4700
Jacobs had an outstanding week one game against the Broncos, logging 23 carries, and scoring twice. Facing a below average Chiefs defense, with a price that hasn’t adjusted yet, I expect Jacobs to be one of the highest owned guys on the slate. So why are we fading Jacobs?

Last week’s game script was perfect for Jacobs, as the Raiders jumped out to a lead, and bled the clock with Jacobs running. However, he only averaged a paltry 3.7 yards per attempt, and only received one target, indicating he might not have much of a role in the passing game. In a game we fully expect the Raider’s to be trailing, Jacobs could give us great leverage on the field as a highly owned player who doesn’t do too much.

Tom Brady QB NE $6400
Brady comes in as the 5th most expensive QB and is facing a Dolphins team that just got destroyed by Lamar Jackson. As a 19 point favorite on the road, the Patriots should be jumping out to an early lead, and never look back. For this reason, I fully expect the Patriots to barely be passing by the third quarter. If we can stay on the right side of variance, and see a couple of rushing touchdowns early, and only one or two TDs for Brady, the Patriots QB could end up putting up a mediocre performance at best for his salary. It doesn’t feel great fading the QB of the highest implied team total on the slate, but I don’t think he has the upside to win us a tournament.

Good luck this week, I’ll see you at the top of the leaderboard!