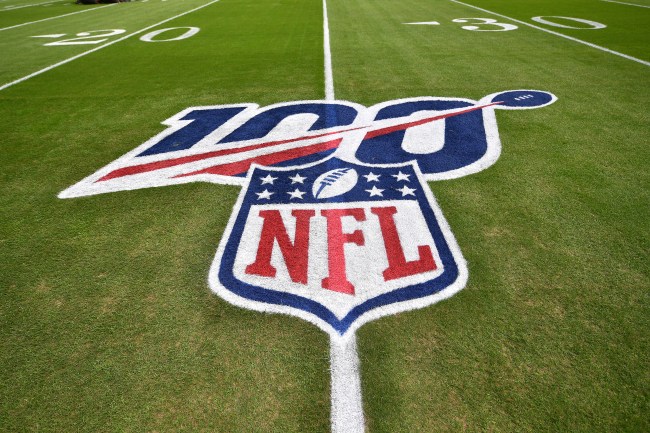 The NFL is currently negotiation a new CBA with the players union and big changes could be coming to the playoff format.

According to ESPN’s Adam Schefter the NFL is proposing to add an extra team to the wildcard playoff and cutting down byes to one team per conference.

NFL playoff structure is about to be changed. Under the current CBA proposal, seven teams from each conference will make the playoffs, with only bye per conference, sources tell ESPN. It would go into effect this upcoming season. More coming on https://t.co/rDZaVFhcDQ.

The NFL Playoffs could be expanding as early as this upcoming season if new CBA is approved:
– 7 Teams From Each Conference
– Only One Bye Per Conference

This is huge news. NFL playoffs would expand to 14 teams immediately. https://t.co/uLp3rFCcQf

If and when a new collective bargaining agreement is finalized — and there is now mounting optimism it could be done sometime in the next week — it is expected to change the NFL’s playoff structure as it is currently constituted for next season, league sources told ESPN.

The changes to the NFL’s playoff format would take effect immediately for the 2020 season.

Fans did not appear to be thrilled with the proposed changes to the playoff format by the NFL.

Sweet! My favorite part of the NFL playoffs is the mediocre teams that don't really deserve to be there https://t.co/LXTNOw0bXN

There are a lot of things in pro sports that need to be fixed. Pretty sure the NFL playoffs are not one of them. Don't understand why so many sports leagues are in such a rush to change something that is universally loved https://t.co/wmYv01Zwh3

This is just as bad as MLB wanting to expand the playoffs. There's no reason to add another team in the NFL playoffs. Would the Steelers and Rams have done something last year? I don't think so. https://t.co/Y7YNdEpWIl

More than a third of the league makes the NFL playoffs every year as is. What, we want MORE 7-9 teams (or 7-10 with the expanded season) making the playoffs?!?

We can only hope sanity prevails. https://t.co/mOrysyjJUB