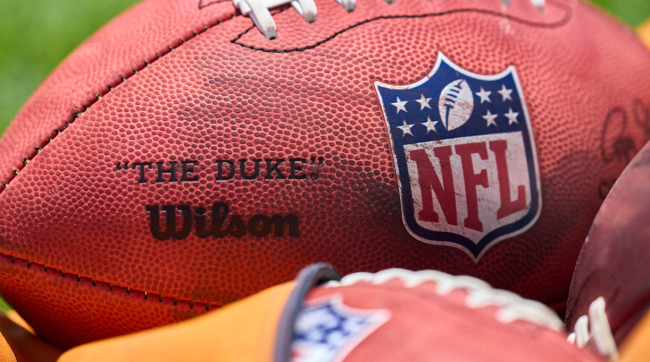 On Thursday, ProFootballTalk.com wondered if the NFL should be concerned about the $620 billion Saudi wealth fund creating a rival pro football league?

Seemingly out of nowhere, LIV Golf has shown up to challenge the PGA. Should the NFL be concerned that the same $620 billion Saudi wealth fund eventually could be directed toward creating a rival pro football league? https://t.co/SbSZZ1fS3g

Here’s the real question. Is LIV Golf a limited venture, or is it the first step toward broader ambitions of the Public Investment Fund? If it makes a move in the football industry, it can make it uncomfortable and expensive for the NFL, at a minimum. Along the way, it could bait the NFL into committing antitrust violations, which it already may have done to the PGA Tour.

Thus, even if it never happens, the possibility should at least be flickering on the outer edge of the radar screen of the things about which the NFL is concerned. The NFL may need to be thinking about rapidly employing strategies for fending off an entity with ultra-deep pockets that decides to try to encroach on the NFL’s turf. And the NFL should be very cognizant of behaviors that could result in an eventual verdict far larger than the $3 it lost at trial after the USFL proved that the NFL had crossed the line of legal liability, but had failed to prove actual harm resulting from the league’s proven antitrust violation.

Why would anyone start a pro football league to rival the NFL?

PFT cites the ongoing growth of legalized gambling (i.e. people wanting more and more thing to bet on) and the fact that Tuesday and Wednesday nights are open, as well as Friday nights and Saturdays from Labor Day through early December, as reasons why a potential Saudi-backed pro football league might seem enticing.

Of course, any new league that large would need a broadcast partner, players, coaches, officials, executives, and venues. No small hurdles, especially considering every major network already has a deal with the NFL.

So, should the NFL be at all concerned about a LIV-style rival football league ever happening?

The answer, on the surface, would appear to be rather obvious, but based on the reactions of fans to this speculation, is it?

I would be more worried if I was a European soccer league.

As the article mentions, every major network/streaming platform is already in business with the NFL, with one exception; Netflix. If they’re serious about getting some live content to entice subscribers back, this could be a way

Money is no object to the Saudi’s. Paying and maintaining a league would not be a problem. The catch would be if nfl style football would catch on in the Mid East and Europe. Without fans, it would be a dead issue.

What makes you think the new generation can’t also fall in love with a new built team? I myself love the Jaguars as they were my first football experience when I was 3. There are not too many young kids that fell in love with the browns for instance

Everything is changing. You can’t say no.